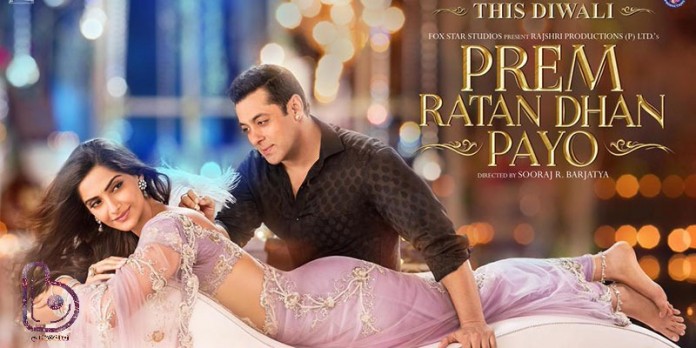 Sooraj Barjatya‘s family drama Prem Ratan Dhan Payo was submitted to the censor board for approval on Friday and the movie got a ‘U’ certificate from the Censor Board Of Film Certification (CBFC), but with three cuts!!!

According to a report of DNA, “The Censor Board Of Film Certification (CBFC) granted Prem Ratan Dhan Payo a ‘U’ certificate , but asked for three cuts. The word ‘Chinar’ was used twice in the dialogues. The CBFC asked for the word to be removed and replaced by a less derogatory word. Women will not be referred to in disparaging tones even if Sooraj Barjatya’s films are known to respect women.”

Another cut was made when CBFC asked the makers to remove a line from a particular song to make sure that it does not hurt any religious sentiments.

“There is a lengthy antakshari sequence during a ‘Ram Leela’ performance in the film where the line Maar Diya Jay Ke Chhod Diya Jaye was used. The CBFC could not allow a frivolous line to break into the feeling of religious fervor. That line was removed. These minor changes apart PRDP sailed smoothly through the censors,” the source added.

Now this news is really surprising, after all you don’t expect a Sooraj Barjatya movie to be cut even once!