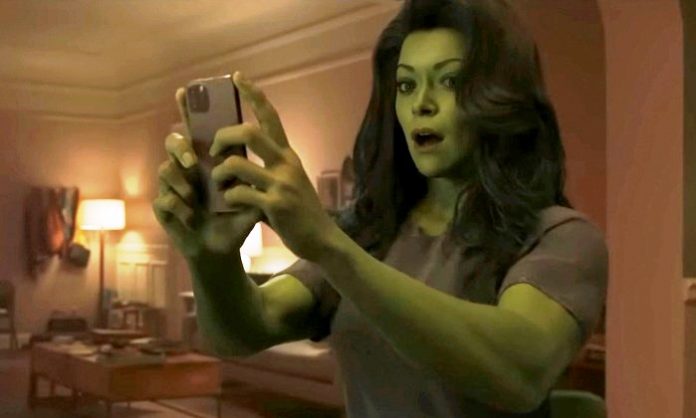 MCU drops the trailer of its next web series She-Hulk. Here’s everything you need to know about it.

Marvel’s upcoming Disney Plus miniseries ‘She-Hulk’ released its first official trailer. So here are we to make it easier for you to understand everything that’s in it. But before we go, here is some basic information about the series. Created by Jessica Gao, She-Hulk is going to be the eighth TV series in the Marvel Cinematic Universe. The story revolves around the “Attorney at Law” who is at a very tricky point in her life. Until one day when she decides to be like her brother, Bruce Banner (her “frustrating family”).

The trailer starts with none other than Mark Ruffalo aka Bruce Banner aka our Hulk, telling his cousin what it’s like to be a SuperHero. It’s a “trial by fire” basically. Then he asks her, “Who’s gonna save the world, if not people like you?”. It’s pretty obvious from this that Bruce is trying to convince her to be a SuperHero like him. Next, we see Jennifer Walters, the titular character played by Tatiana Maslany, introducing herself as a Lawyer. Well, she has “great friends, a demanding job, and a frustrating family”. Below is the trailer, if you don’t feel like reading it.

The next shot takes us where Bruce makes Jennifer transform into a green-hued superhero like him, triggering the “anger and fear” in her. Eventually, Jennifer transforms herself into She-Hulk. She fights villains and even sometimes goes to the trial in that form. Although, she says that she’s not a superhero as “that is for billionaires and narcissists, and adult orphans for some reason.” Additionally, we see the Abomination, so Wong will also be there. Also, rumours all over the internet say that Charlie Cox’s Daredevil aka Matt Murdock would also make an appearance.

When will She-Hulk premiere on Disney Plus?

Kevin Feige officially announced the series in August 2019. The filming of which began in April 2021 and concluded in August. As revealed through the trailer, She-Hulk: Attorney At Law will premiere on Disney + on August 17, 2022, i.e. Wednesday. By that time, we will also witness two more Marvel projects, Ms Marvel (June 8) and the highly anticipated Thor: Love and Thunder (July 8).

What She-Hulk is all about? Plot details revealed

The official plot synopsis for the She-Hulk: Attorney at Law reads:

“She-Hulk: Attorney at Law follows Jennifer Walters (Maslany) as she navigates the complicated life of a single, 30-something attorney who also happens to be a green 6-foot-7-inch superpowered hulk.”

It’s clear from the above synopsis that this is going to be a real courtroom superhero drama. The story follows Jennifer Walters, a lawyer who specializes in superhuman cases and is sick of the increasing crimes in her city. Meanwhile her cousin, Bruce Banner convinces her to transform into a superhero and save the world. One day, she does that and a life-changing adventure awaits her.

How many episodes does the first season comprise?

Initially, the She-Hulk was said to have 10 episodes. But now, there will be nine episodes each having a runtime of around 30 minutes. You will be able to watch new episodes every Wednesday on Disney Plus. Streaming from August 17, the series will conclude on October 12, 2022. Six episodes are directed by Kat Coiro while the three by Anu Valia.

Cast and Characters of She-Hulk: Attorney At Law

Below are the main cast and characters that will be appearing in She-Hulk: Attorney At Law. New characters may be revealed later. Also, as said, Charlie Cox may make a cameo.