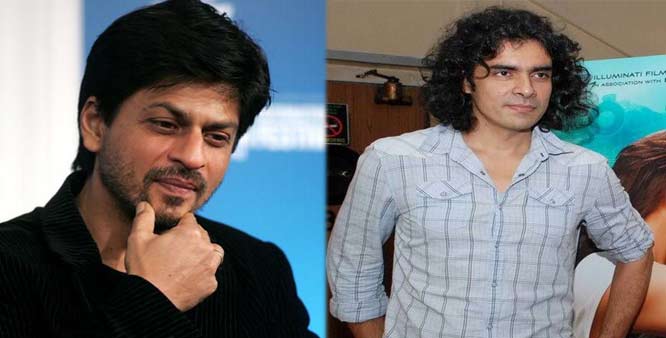 Imtiaz Ali is in serious discussion with Shahrukh Khan for his next movie.

Imtiaz Ali is well known for his out of the box thinking and is one of the successful directors in Bollywood. With getting a mixed response from audiences for Tamasha, he has expressed his wish of working with Shahrukh Khan for his next. While there are different reports for their apparent collaboration but we got to know from a source that Shahrukh Khan has neither accepted nor rejected the project but has shown some serious interest.

According to sources, Shahrukh khan is yet to give his nod on the project as he is busy with the shooting of ‘Raees’ which is likely to be finished by the end of January. Even we spotted the star saying

“Me and Imtiaz are friends and we both feel that one day we will come together and if that happens it will be very nice. I would love to work with Imtiaz”.

While Shahrukh Khan didn’t confirm anything, a source close to him confirms the news,

“They have met a couple of times but nothing has been finalised yet and after the completion of Raees schedule Shahrukh is likely to sit with Imtiaz and discuss the script.”

If Shahrukh Khan agrees to do this flick, it will be his first with Imtiaz and is most likely to be a romantic one. Now, that will be one amazing collaboration to watch. Hope you guys are excited too!