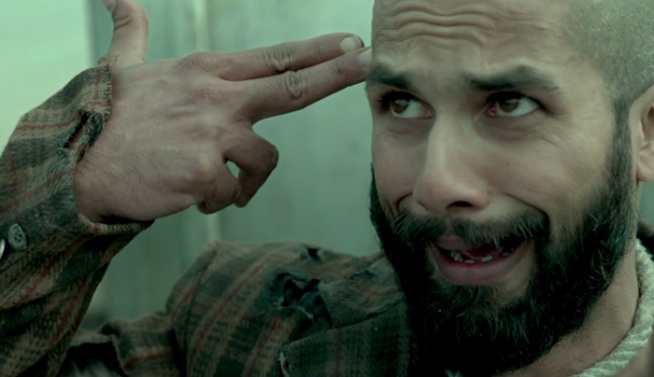 Shahid Kapoor seems to be really hurt by the failure of ‘Shaandaar‘. Starring Alia Bhatt alongside him, the movie bombed at the Box Office. ‘Shaandaar‘ was one of the most anticipated releases of the year and its failure turned out to be an eye opener for everyone associated with it.
After the failure of Shaandaar, Shahid Kapoor has decided to be extra careful for his future projects. According to the latest buzz, the actor has walked out of Vikramaditya Motwane’s AK vs SK. The buzz is that the actor wasn’t sure of the project and thus decided to walk out of it.

According to the reports coming up, Shahid called up Madhu and told him that it’s not a wise decision to do a risky film like AK vs SK because there’s nothing much to do in it for him. Madhu even visited Shahid’s home and tried to convince him to not quit the movie, but he is in no to change his mind. He said he would take a brief holiday with his wife Mira and stay away from movies for a while.

Directed by Vikramaditya Motwane, ‘AK vs SK’ revolves around a Bollywood star’s tryst with stardom. Anurag Kashyap is said to play the antagonist in the film.The two were to play themselves in the film, Shahid Kapoor as SK and Anurag Kashyap as AK. Now with no Shahid, it would be interesting to see who step into his shoes.

Do you think Shahid has made a good decision walking out of the film?