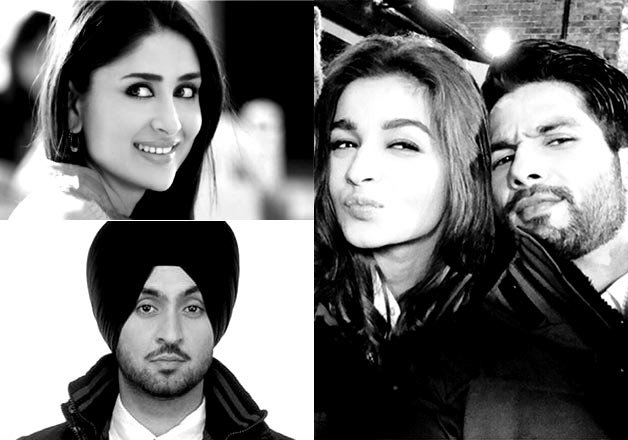 Shahid Kapoor as we all know is all geared up for his next release Shaandaar. The actress along with Alia Bhatt is leaving no stone unturned to promote Shaandar which is reportedly Bollywood’s first movie based on the destination wedding.

The promotion of the Shaandaar is in full swing as the release date is not too far. The movie is slated for release on 22 Oct 2015. Recently, when Shahid was asked about his movie ‘Udta Punjab‘ during the Shaandaar promotion event, the actor has some good things to say.

When asked about Kareena’s role in Udta Punjab Shahid replied –

[quote]Kareena Kapoor is one of the best things about Udta Punjab. She was apt for the character, in fact when I was reading the script, I asked Abhishek to narrate the script to Kareena, however, that time she was busy with some other films so Abhishek could not narrate the script. Few months later I got to know that Kareena has signed the film. Though we don’t share the screen space in Udta Punjab, I can confidently say that she is fantastic in the film. [/quote]

[quote]Udta Punjab is a film, I am really excited about. It is a very very dark film and my character in the film is something which every actor would dream to portray on the big screen. It is one film I am proud of as I know it will make the people think. [/quote]

Udta Punjab is directed by Abhishek Choubey who has earlier directed Dedh Ishqiya. Udta Punjab is a thriller which also stars Alia Bhatt and Diljit Dosanjh. The movie is slated for release in March 2016.