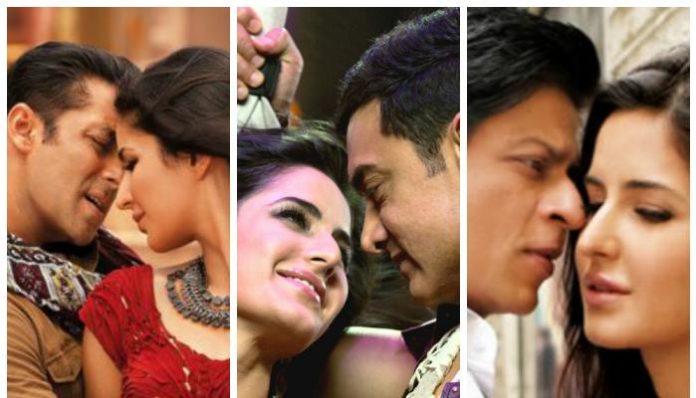 Bollywood diva Katrina Kaif is in news these days due to her Instagram debut. The actress has literally set the internet on fire by sharing some beautiful and hot pics. Katrina in one of the few actress who has worked with the three Khans of Bollywood. Speaking at India Today’s Mind Rocks Guwahati 2017, the actress opens up about working with Salman Khan, Shah Rukh Khan and Aamir Khan.

About Salman Khan, she said, “He is a strong man. He will always set an example for people who look up to him. It is difficult to guess what he thinks. His strength and silence are admirable qualities. He is an incredible person.” Katrina and Salman are reuniting for Tiger Zinda Hai, a sequel to 2012 blockbuster film Ek Tha Tiger. Produced by Yash Raj Films, the movie will hit the big screens on 22 Dec 2017.

Talking about Shah Rukh, she said, “Shah Rukh Khan is a very knowledgeable person. He speaks like a poet and has got an energy which never stops.”  Katrina starred opposite SRK in Jab Tak Hai Jaan.

Speaking about Aamir, she said, “He has a different approach to working. His approach is very meticulous. He puts in a lot of physical work and mental preparation. No one puts that kind of dedication to work.” Katrina and Aamir Khan worked together in Dhoom 3.

Katrina Kaif will be next seen in Jagga Jasoos win which she will be seen romancing with Ranbir Kapoor. The movie will hit the theatres in July.

Well, Miss kaif has shared her thoughts about the Khans of B-Town. What are your views? Share your opinion with us in the comments section.