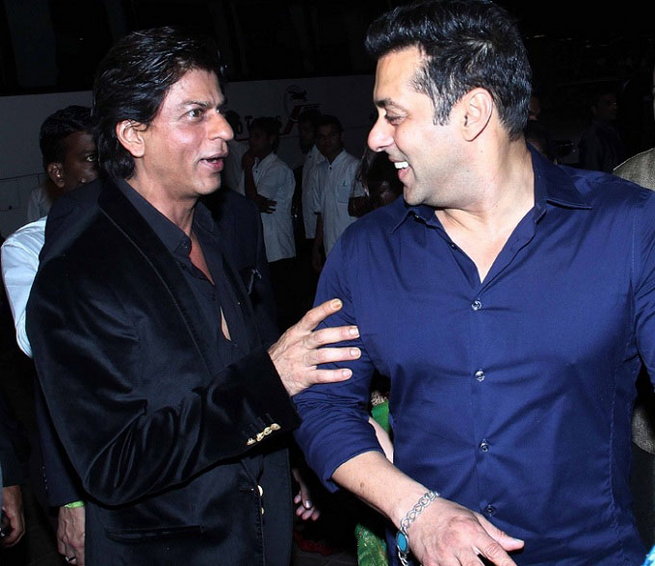 Finally, the moment has arrived, we all have been waiting for. It is confirmed and official now. Shah Rukh Khan is playing a cameo in Salman Khan starrer Tubelight! The two superstars of the industry are coming back together after a long gap of 10 years. The two were last seen together in Om Shanti Om.

Here are pics from the sets of the Kabir Khan’s Tubelight which confirms that Shah Rukh is indeed the part of Salman Khan’s Tubelight. The King Khan shot for his cameo yesterday. Have a look at the pics. The bond between Salman and Shah Rukh is getting stronger day by day. Recently they together hosted Star Screen Awards. Shah Rukh will be promoting his upcoming release Raees on Salman Khan’s show Bigg Boss 10.