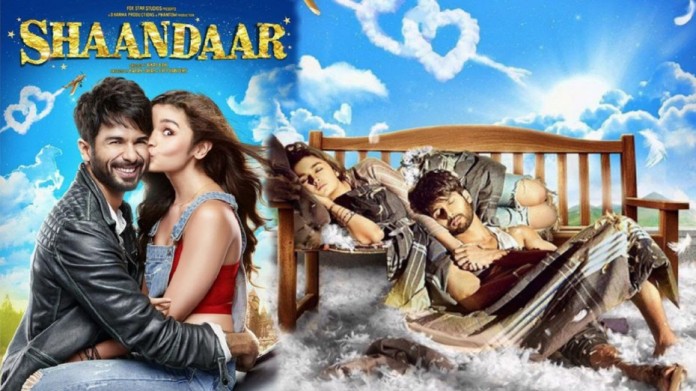 This was pretty much expected after a negative WOM from the audience. Yes, Shahid Kapoor and Alia Bhatt’s Shaandaar literally crashed on its second day at the Box Office. As per the early estimates, Shaandaar dropped by a huge margin of 35%-40% on its 2nd day. As per the reports coming, Shaandaar collected around 8.5 crores on its 2nd day (Friday).
Though the reviews are mostly good, the WOM from the public is highly negative which will surely hamper the performance at the Box Office on coming days.

Shaandaar is mainly targeted to the multiplex audience. Single screens and mass centers are expected to be on a lower side, but the real problem is that the movie is struggling at multiplexes also. Though the movie will improve on Saturday and Sunday but below average 1st and 2nd day will affect its collection in a longer run.

Shaandaar was expected to have a 50+ crores extended weekend but considering the current trend even 40 crores looks a daunting task.

The total budget of Shaandaar is 75 crores including the promotion and marketing cost. The movie has only two days left to garner as much money as possible. The movie will find it difficult from Monday as Pre Diwali phase start which is generally not considered a good phase for Bollywood.