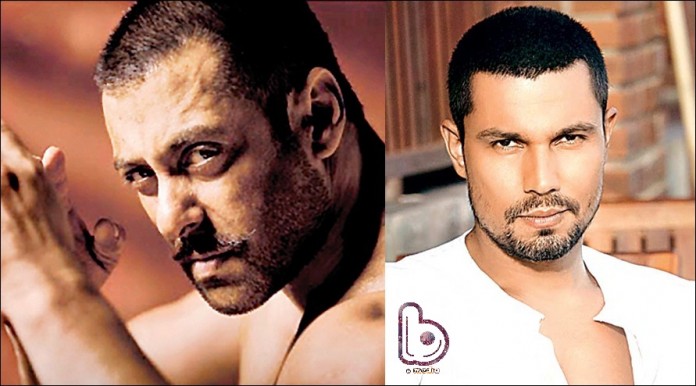 According to recent reports, Salman Khan‘s Kick co-star Randeep Hooda is likely to share screen space with him again in ‘Sultan’. Apparently, the makers of the movie were looking for someone to play the role of Salman‘s wrestling coach. They wanted someone with a good physique and strong personality and that was when Salman recommended Randeep Hooda‘s name for the role.

According to DNA, “Director Ali Abbas Zafar was searching for someone to play Salman’s wrestling coach. The role needed someone tall with a good physique and persona. It’s a meaty role. Salman felt that Randeep fits the bill, so he recommended Randeep’s name. The team then approached Randeep and he agreed to come on board.”

There were also speculations of Sylvester Stallone or Sanjay Dutt playing Salman’s wrestling coach in the film. But now it’s final that Randeep has bagged the role.

It will definitely be interesting to see them together after Kick.