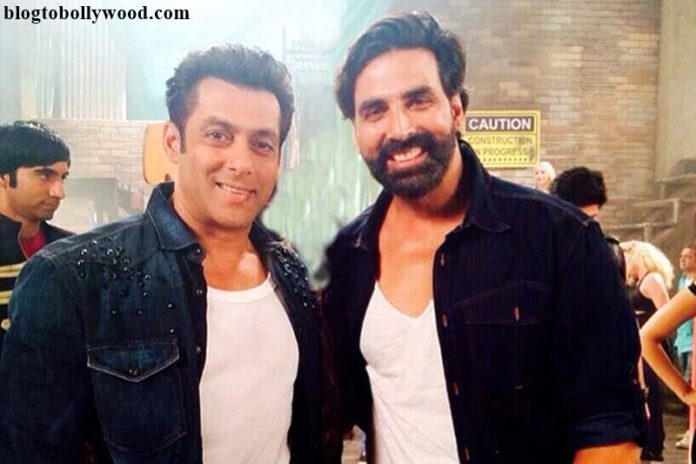 The Sultan of Bollywood has a big heart when it comes to helping others. Proving this, Salman Khan promotes Akshay Kumar’s Rustom on Twitter.

Salman Khan is very supportive of his colleagues when it comes to supporting their movies. Akshay Kumar is getting ready for the release of his next film Rustom and Salman Khan promotes Akshay Kumar’s Rustom on Twitter.

Akshay Kumar had an interesting response to Salman’s video-

So guys Sultan has spoken, are you listening? #10DaysToRustom https://t.co/5e2ZpjIxTk

Rustom is set up in 1950’s and it is based on famous Nanavati case in which a navy officer was tried for killing his wife’s lover. The trailer of the movie looks sensational and we are definitely in for a powerful and suspenseful thriller.

Check out 5 reasons why we can’t wait to watch Rustom!