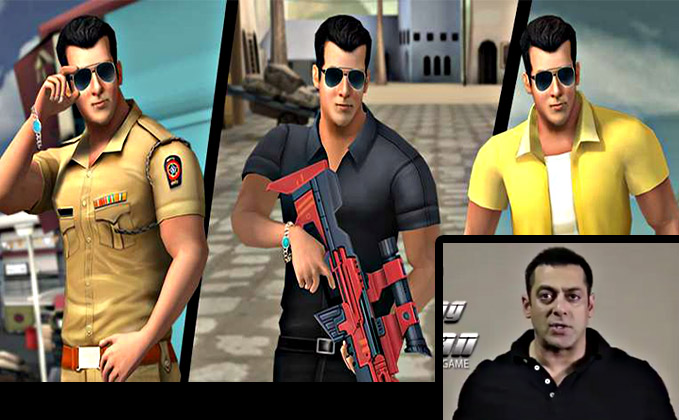 Salman Khan’s Being Salman Game: Salman Khan has launched his official game which has his three popular onscreen characters, Dabangg (Chulbul Pandey), Ek Tha Tiger (Tiger) and Prem Ratan Dhan Payo (Prem).
Salman Khan’s stardom is spreading like a fire and to put oil to it, the actor has now launched his official game. There is no stopping Salman at Box Office as his only release of the year, Sultan is minting money at even after 50 days of its release. The actor is all set to entertain us with Bigg Boss 10 and now with this official game titled ‘Being Salman’, the superstar has made it clear that he is here to stay in our hearts.

Talking about the game, it has three popular onscreen characters from Salman’s superhit films. The names of these characters are Chulbul Pandey from Dabangg , Tiger from Ek Tha Tiger and Prem. The task of these players is to fight injustice, terrorism and evil. Check out the teaser of the game.

A teaser of the game was released by Salman on his social media channels. Well, Salman fans have one more reason to rejoice.