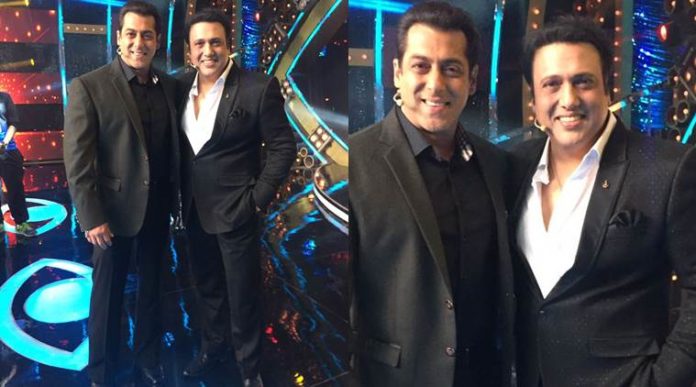 Salman Khan and Govinda are the best of buddies for a long time. The two had earlier shared the screen in several films like Partner and Salaam-e-Ishq, to name a few. While there were reports that the bond between the two is not strong now as it used to be earlier. Much to the happiness of their fans, the reports have turned out to be false as Govinda will be the next guest on Salman Khan’s Bigg Boss 10.

Salman Khan posted a picture of himself with Govinda, captioning it “Shooting with Partner.” Here’s is the tweet:

Govinda will be joining Salman Khan on the Weekend ka Vaar episode of Bigg Boss 10. He will be coming to Bigg Boss to promote his upcoming film Aa Gaya Hero.

Salman Khan and Govinda were last seen together in Partner. The movie turned out a huge blockbuster at the Box Office all thanks to their lively bromance and comic timing. All we can say, these pics of Salman and Govinda from the sets of Bigg Boss 10 are getting us excited for Partner 2. David Dhawan Sir, are you hearing?