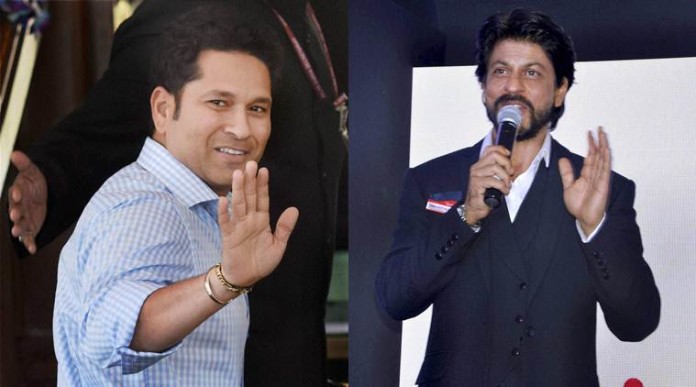 King of Bollywood, Shah Rukh Khan seems to be quite active these days on Twitter and undoubtedly, fans are just loving this fact. Once, he stated that there was so much negativity on Twitter that he would like to reconsider his presence on this popular social networking website.

He had also made his fans very restless since he didn’t tweet for a very long time. But thank god, he has come back to Twitter and for this, we would have to thank his movie ‘Fan’. This is the reason for his increased presence these days on Twitter. Nowadays, people are sharing a lot of about this film and he has been retweeting most of the things. However, his tweet of today made many people think what he means.

Yes, he wishes to watch something quite desperately and in this, only Sachin Tendulkar can help him! Confuse? Well, let us explain what it is!

A poster of a movie on Sachin Tendulkar was shared by Shah Rukh Khan on Twitter and said that he wishes to watch this soon. He told Sachin that he wishes to see NA soon. The poster of the movie has a man with pads on and there is a tagline which states ’55 days of training, one pair of trousers, the Sachin story. The name of the film is Sachin- A Billion Dreams.

The movie would be charting the journey of Mumbai suburbs as well as would be highlighting the achievements .Also, it would be having a reference of his marriage with Anjali along with other details of personal life. We are not able to figure out as to why SRK is so eagerly waiting to watch it. Now, even we wish to watch it and 14th of April is seeming to be too far.