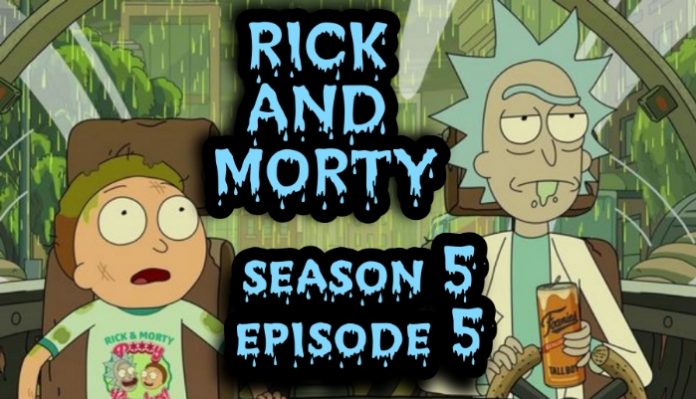 The fans’ favorite adult animated show ‘Rick and Morty’ is back with its fifth season. The super excited fans are enjoying every bit of the current season just like they adored the previous four seasons. With four episodes of the fifth season already aired, the fans are now waiting for the fifth episode. Here’s is a quick recap of the fourth episode and details about Rick and Morty Season 5 Episode 5.

Rick mistakenly produces giant sperm monsters using Morty’s sperms. The president works with the Smith family to destroy the monsters. He pinpoints them in the Grand Canyon. Meanwhile, Rick and Morty destroy the queen’s base of sperm operations, following the remaining monsters to Las Vegas.

There, the government has unintentionally placed a giant human egg that has Morty’s sperm. When Morty reveals the truth of his sperm, the US military, Vegas performers, and the CHUD eradicate most of them. However, one egg is fertilized by the sperm before it is launched into space.

Rick and Morty Season Season 5 premiered on June 20, 2021. A new episode drops every week. So, we can expect episode 5 titled Amortycan Grickfitti to land this weekend.

In the United States, Rick and Morty Season 5 Episode 5 will drop on Sunday, July 18, 2021. Based on the release schedule of the previous episodes, the fifth episode will go live on Adult Swim at 11 PM EST.

Fans in the United Kingdom can watch the upcoming episode on Monday, July 19, 2021. It is expected to premiere at 10 PM BST (British Timing) on Channel 4.

How many episodes are there in Season 5?

As per the official reports, Rick and Morty Season 5 has a total of 10 episodes. So, Season 5 will be halfway through with the release of Episode 5 this week. Here are the official titles of all the episodes of Season 5:

Rick and Morty Season 5 Finale: Release Date and Time, What to Expect