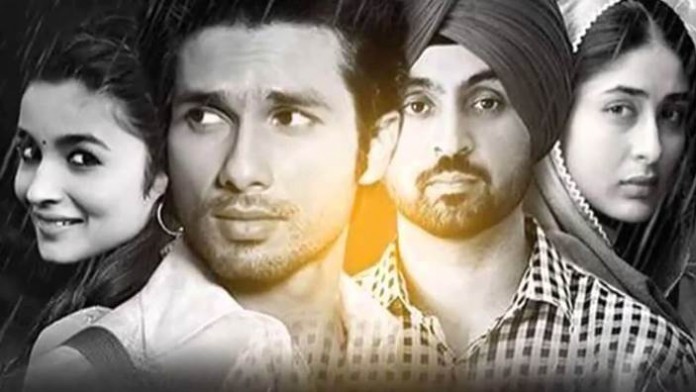 This is some great news for Shahid Kapoor and Alia Bhatt fans especially after the debacle of Shaandaar. The release of date of Shahid and Alia starer Udta Punjab has been announced by the makers. This dark end gritty thriller will hit the screens on 17 June 2016.

Directed by Abhishek Chaubey (Ishqiya fame), Udta Punjab is based on a gripping subject of drug mafia in Punjab. As per the reports, Alia Bhatt plays a Bihari labourer while Kareena Kapoor essays the role of a doctor. The movie also stars Punjabi superstar Diljit Dosanjh.

Talking about the movie Shahid says,”Udta Punjab’ on paper might seem dark and edgy, but once you see that film, I can assure you it’s the kind of role any actor would die for. When I heard the script, I instantly agreed. There were three other characters and we were waiting for them to be cast. Nobody was saying yes to the film and we could not start. It took some time for the film to get cast.”

Kareena Kapoor Khan also seems impressed by the script and said that she cried after reading the script of Udta Punjab.

“In Udta Punjab, I play the role of a doctor from Amritsar. It is such a fantastic film I am dying for its release. The narration of the story itself made me cry after which I just said one thing to Abhishek Chaubey – that I want to be a part of the film under any circumstances,” she said.

Shahid Kapoor and Kareena Kapoor are reuniting after a long time though there are reports that they don’t have any scenes together.

Are you excited to watch gritty thriller on the big screen? Share your views with us in the comments section.