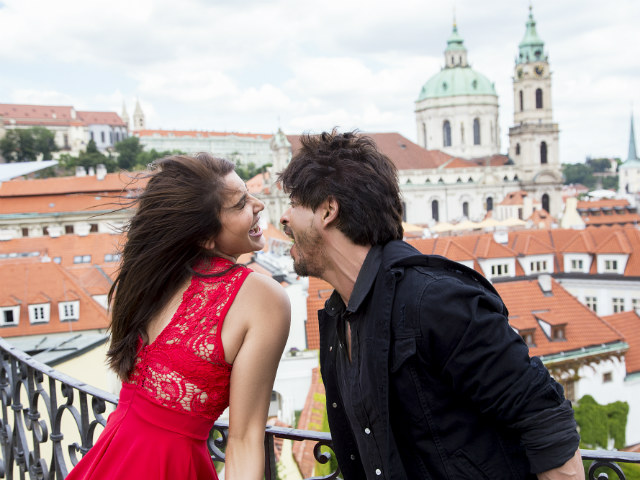 A hype surrounding the movie is huge since it features none another than Shah Rukh Khan in a lead role. Shah Rukh’s movies always create huge pre-release buzz and Jab Harry Met Sejal is not an exception. With Imtiaz Ali’s direction and Red Chillies backing, the movie will it will definitely be one of the biggest releases of this year. Shah Rukh and Anushka’s lovely Jodi is a big plus point for the film. The music of the film is composed by Pritam and the music lovers have loved the songs. The trailer of the movie released today has received a tremendous response and it seems that the King of romance is back with a bang. Shah Rukh Khan’s presence in a romantic film is reason enough for a big opening. Jab Harry Met Sejal is expected to release on around 3500 screens. Even with 60% to 70% opening, the movie will cross 20 crores on the first day. It will be among the Shah Rukh Khan’s top opening day grossers.

The overall performance of the movie is dependent on the WOM and reviews. If it manages to attract the audience in the small and medium towns then it will be a huge hit at the box office. Well, we are assured about one thing. Jab Harry Met Sejal will be a huge hit in the overseas market. Shah Rukh Khan is back with what suits him best and the overseas audience loves him in romantic roles. Hoping that the movie will have an impressive plot, Shah Rukh Khan, and Anushka Sharma’s pair is likely to attract a lot of public to the theatres.

What are your expectations from Jab Harry Met Sejal? Share your predictions with us in the comments section.