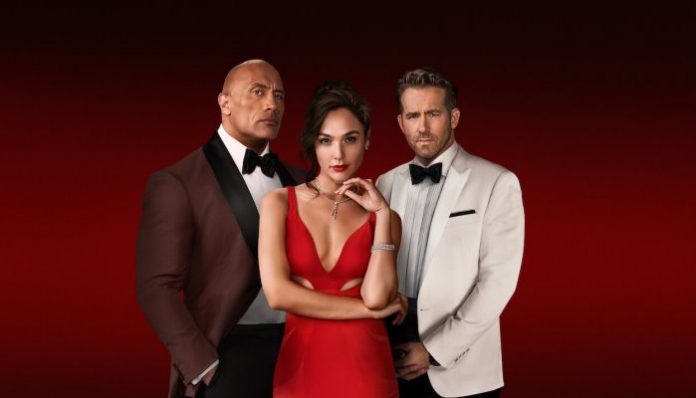 As expected Netflix new original movie Red Notice starring Dwayne Johnson, Ryan Reynolds and Gal Gadot becomes a big winner on the streaming service. Despite garnering negative reviews from the critics, the big-budget extravaganza record the biggest opening day in Netflix history. The lead actors thanked the fans for their love for the movie. They acknowledged the fans’ support.

Sharing the video, the lead star Johnson writes, “It’s OFFICIAL as the numbers are coming in from 190 territories around the world. RED NOTICE has become THE BIGGEST OPENING EVER ~ for ANY MOVIE IN THE HISTORY OF NETFLIX!”

Ryan Reymond’s also didn’t shy away from expressing his feelings as he tweeted:

When Red Notice was announced, everyone in the industry was quite assured of its success. With big names like Dwayne Johnson, Ryan Reynolds and Gal Gadot sharing the screen, and a Netflix backing it, Red Notice was always destined to make it big.

Before its premiere on Netflix, Red Notice had a limited release in theatres on Nov 5, 2021. The opening day streaming numbers have become more impressive as most critics have trounced the movie. On movie review aggregator site, Rotten Tomatoes, Red Notice has aggregated just 36% from 129 reviews. The netizens have loved the movie as the audience score stands at 92%.

What Red Notice is about?

With 99 million views, ‘Extraction,’ starring Chris Hemsworth, is the most popular Netflix movie of all time. It would be interesting to see if Dwayne Johnson starrer challenges these numbers in the coming days.

Will There Be A Red Notice 2 on Netflix? Release Date, Cast and Other Details