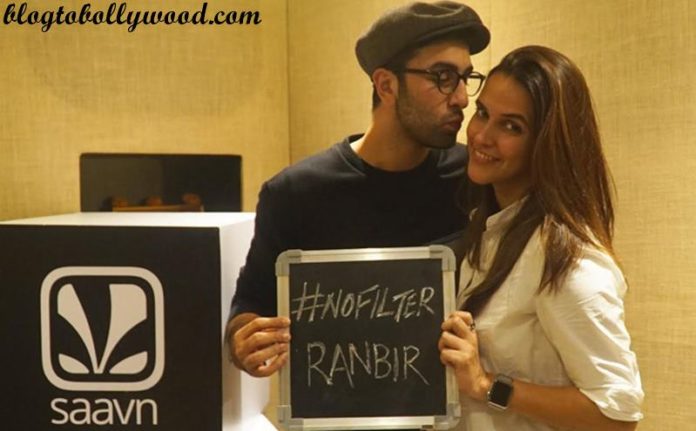 In a talk show with actress Neha Dhupia, Ranbir Kapoor confesses that he is on Instagram and we are as surprised as you are!

Neha Dhupia‘s talk show #NoFilterNeha on Saavn has been catching a lot of our attention for the past few days. The fifth episode of the show featured the Ae Dil Hai Mushkil star as the guest and that’s where Ranbir Kapoor confesses that he is on Instagram.

#NoFilterNeha is a no-holds barred audio show, where Bollywood star Neha Dhupia chats with her friends from the world of entertainment and digs out stories you’ve never heard before. When Ranbir Kapoor appeared on the show, he spilled a lot of beans about himself. This includes the fact that Ranbir is on Instagram under a pseudonym that is on the lines of an Indian version of Sherlock Holmes.

Ranbir uses his Instagram profile to keep a track on the film industry, Black Jaguar White Tiger and his favourite football players.

Are you trying to figure out what his pseudonym could be?