Raktanchal trailer: After the success of Bhaukaal, MX Player brings yet another high-octane crime drama set in Uttar Pradesh.

After the grand success of ‘Mirzapur‘ and ‘Rangbaaz’, criminal and crime stories in Uttar Pradesh and Purvanchal has become a hot topic in Indian digital entertainment space. Recently launched Paatal Lok also had a backdrop of the criminal world in Uttar Pradesh.

Now, MX Player brings viewers an action-packed, high octane, crime drama titled Raktanchal. The show is inspired by real events from the ’80s of Purvanchal, Uttar Pradesh, at the time when the state development work was distributed through tenders.

The criminal empire of Waseem Khan (Nikitin Dheer) who rules the tender mafia is challenged by a young criminal Vijay Singh (Kranti Prakash Jha) who is driven by vengeance. The story sets in motion, a clash for acquiring tenders with a political battle in the background, which unleashes a bloodbath in the city of Purvanchal. Vijay must overcome great personal odds to beat Waseem Khan and become the tender king!

MX Original Series Raktanchal is a surreal journey into the brutality set in the Hindi heartland of India and the 9 episodic series introduces audiences to the never explored world of the Rangdari. The trailer for the series has dropped and it gives us a glimpse of their rise, reign and rivalry for the top spot.

Raktanchal will exclusively stream on  MX Player starting 28th May. You can stream it for free. 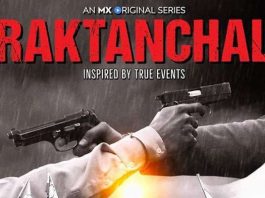 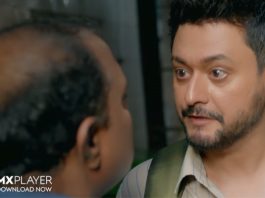 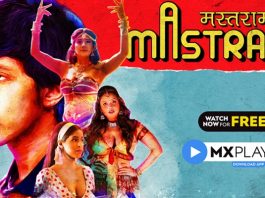