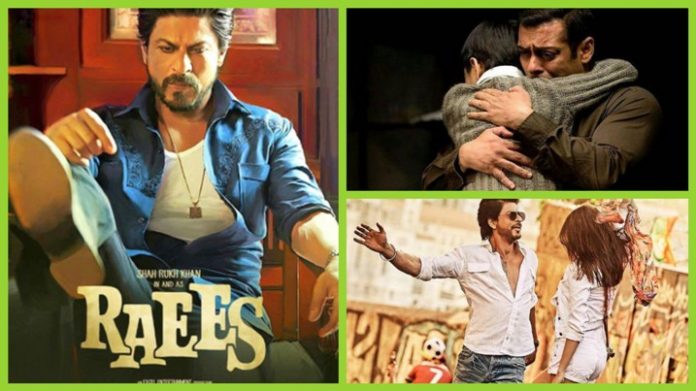 Shah Rukh Khan and Anushka Sharma starrer Jab Harry Met Sejal has finally hit the theatres. Directed by Imtiaz Ali, the movie is off to a decent start at the domestic box office. Released on around 3200 screens, Jab Harry Met Sejal recorded 34% occupancy on its first day. In terms of occupancy, it is the third highest opening of 2017 after Bahubali 2 and Raees. Despite its clash with Hrithik Roshan’s Raees, Shah Rukh Khan’s last release Raees opened better than Jab Harry Met Sejal. It earned 20.42 crores on 3400 screens. Jab Harry Met Sejal is one of the biggest films of the year and with Shah Rukh as its lead, the comparison with other bigs films is bound to happen. Today, we are comparing the first and second day collection of Tubelight, Jab Harry Met Sejal and Raees.

As you can see, the first day occupancy of Tubelight is same as Jab Harry Met Sejal but less than Raees. Raees had a good opening as it was a mass film. The numbers are fantastic considering that it clashed with Kaabil. Jab Harry Met Sejal earned 15.25 crores on its first day. It is a decent opening considering that it is an urban centric rom-com.

It would be interesting to see, how the movie performs in coming days. Will it beat the lifetime collection of Raees and Tubelight? Will it become the highest grossing movie of 2017? Let’s wait and watch.