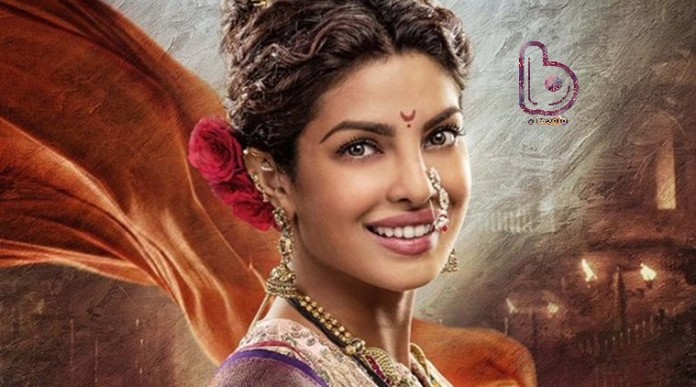 Priyanka Chopra has just shared the first look of soon to be released song ‘Pinga’ from Bajirao Mastani!

This will be the first song that will feature both Deepika Padukone a.k.a Mastani and Priyanka Chopra a.k.a Kashibai together! Without much further ado, here’s the first look of Pinga–

They both look amazing! The song will be released tomorrow. Stay tuned to be the first one to catch the song!