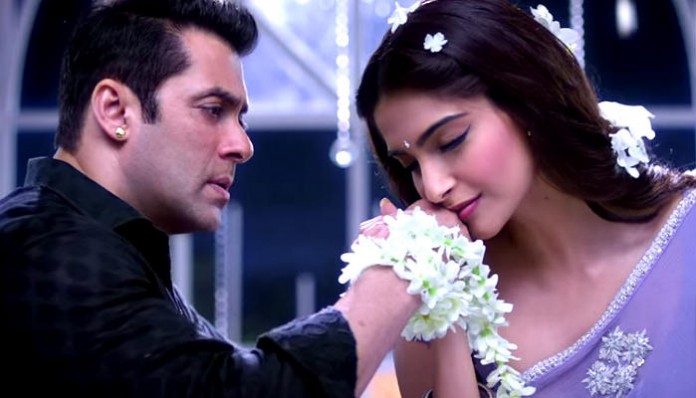 The biggest release of the year Salman Khan and Sonam Kapoor starer Prem Ratan Dhan Payo is all set to hit the theaters tomorrow. The movie has created a huge buzz as Salman Khan and Sooraj Barjatya are reuniting after a long gap of sixteen years. The actor-director duo has a record of delivering blockbusters like Maine Pyar Kiya, Hum Aapke Hai Koun and Hum Saath Saath Hai. Prem Ratan Dhan Payo will be one of the biggest release of all time in terms of screen count. We have some exclusive information on Prem Ratan Dhan Screen Count.

As per film producers, PRDP will be releasing on around 5800 screens worldwide. Of these 5800 screens, 5000 screens will be allocated to theaters in India. Talking about the distribution of screens, 50% of screens are expected to be allocated to single screens and ass centers while other 50% will go to multiplexes. With 5800 screens, PRDP will become the biggest Bollywood release of all time in Bollywood. Aamir Khan’s PK was released on 4800 screens, but the screens were increased to 6000 in the second week. Let’s have a look at the biggest Bollywood releases in terms of screen count.

With 5800 screens, the movie will surely get the biggest opening of 2015. It will be interesting to see if it can break the opening day record of Happy New Year (44.97 crores).