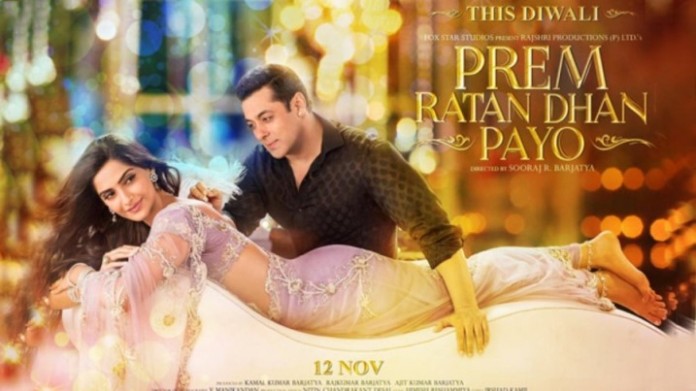 Big Diwali Dhamaka at the Box Office as the most awaited movie of the year Prem Ratan Dhan Payo releases today on around 4600 screens across the country. The expectations were always high from PRDP and as per the latest reports coming up the movie has got off to an earth-shattering opening at the Box Office.

As per the reports coming up, the movie has taken the best opening of 2015 beating Salman Khan’s last release Bajrangi Bhaijaan. The occupancy reports are superb as the movie opened to packed houses at multiple centers across the country. In NCR, Delhi and Punjab, the movie has opened to a terrific response registering an occupancy of around 95% in the morning shows. In Mumbai, the movie gets the best opening of the year with an occupancy of around 90%. Overall the average occupancy was around 75% to 80% across the country.

The reviews has been quite good so far and the movie is expected to take on this momentum in the evening and late night shows.

As per the reports coming up, PRDP will easily beat Bajrangi Bhaijaan first day collection to become the highest opening day grosser of 2015. The movie will also beat Salman Khan’s top opening day grosser Ek Tha Tiger which collected 32.92 crores on the first day. The biggest question still remains will PRDP beat the opening day collection of Happy New Year (44.97 crores). Well, it would depend on how the movie performs in the evening and late night shows. If PRDP continues with the same momentum then Happy New Year’s opening day record will be in danger.