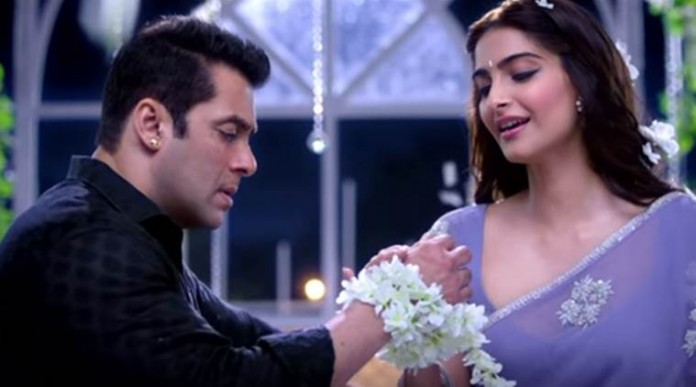 After a historic opening day, Salman Khan’s PRDP remains strong at the Box Office on its second day. As expected the movie drop on Friday, but the drop wasn’t huge. As per reports coming up, PRDP dropped by just 25% despite being a working day. The movie collected 31.03 crores on its second day at the Box Office. The second-day collection of PRDP is higher than the first day of Salman’s last two blockbusters, Kick and Bajrangi Bhaijaan. PRDP now stands at the total collection of 71.38 crores. The movie should enter the 100 crore club today. If PRDP crosses 102.6 crores then it will be the fastest 100 crore grosser of Bollywood.

The movie is going very strong in mass centers like Gujrat, Rajasthan, UP and Bihar. In metros like Delhi and NCR, the movie saw a big drop because of working day. PRDP is performing on the lines of last year Diwali release – Happy New Year. Happy New Year collected 42.62 crores and 30.42 crores on its first and second day respectively.

Prem Ratan Dhan Payo is heading to a very strong weekend. The movie should remain strong on Saturday and Sunday as well. However, the real test for the movie will start from Monday when WOM gets into play. The WOM for the movie isn’t very strong. Especially the youth feels that the movie is too outdated for the modern times. It would be interesting to see how the movie performs on coming days once this hype and buzz ends. Since the WO is not that good it would also be interesting to see if PRDP can challenge the lifetime collection of Bajrangi Bhaijaan.