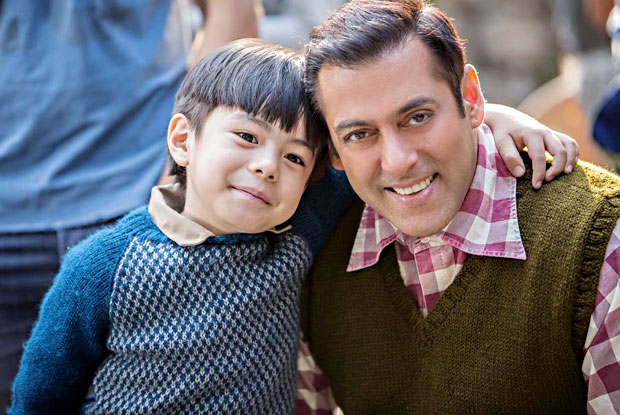 After introducing Harshali Malhotra in Bajrangi Bhaijaan, Salman Khan and Kabir Khan will introduce another child actor in their upcoming movie Tubelight.

In the first pic, Dabangg Khan can be seen hugging Matin, with Matin’s back towards the camera. Well, all we can say is that Tubelight is giving us Bajrangi Bhaijaan feel. These pics prove that Tubelight will be more emotional and beautiful than Tubelight.

Tubelight is majorly shot in Leh-Ladakh and Manali. The movie star Salman Khan, Chinese actress Zhu Zhu and Sohail Khan. Shah Rukh Khan also has a special role in the movie. Directed by Kabir Khan and produced by Salman Khan Films, the movie will hit the theatres on Eid 2017.