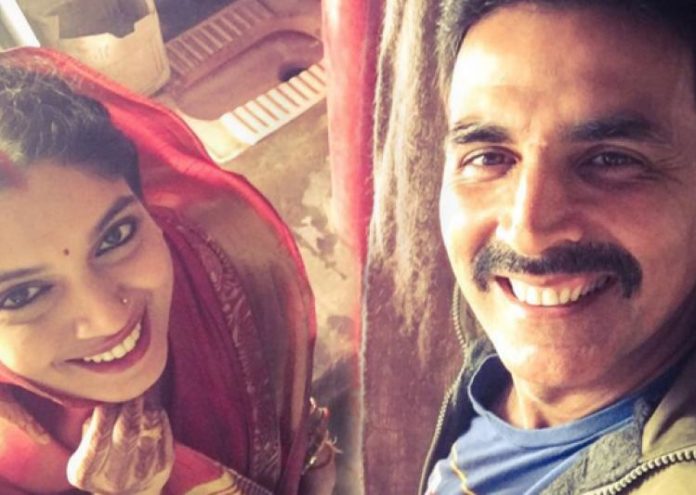 Akshay Kumar has an energy of a machine. The actor relentlessly continues to shoot, promote and release movies, no other actor in the industry can even think to do so. While his latest release Jolly LLB 2 is having a dream run at the Box Office, Akshay has resumed shooting for his next ‘Toilet: Ek Prem Katha’ which will hit the screens on 2 Jun 2017.

‘Toilet: Ek Prem Katha’ will be Akshay’s second release of 2017 to be followed by other two, Robot 2.0 on Diwali and Padman in December. Last year too, Akshay had three big releases, Rustom, Airlift and Housefull 3. All three movies went on to cross 100 crores mark at the domestic Box Office.

Check out some photos from the sets of ‘Toilet Ek Prem Katha’:

‘Toilet: Ek Prem Katha’ is a satirical comedy based on Swachh Bharat Abhiyan. The movie also stars Bhumi Pednekar and Sana Khan. Directed by Shree Narayan Singh, the movie will hit the big screens on 2 June 2017.