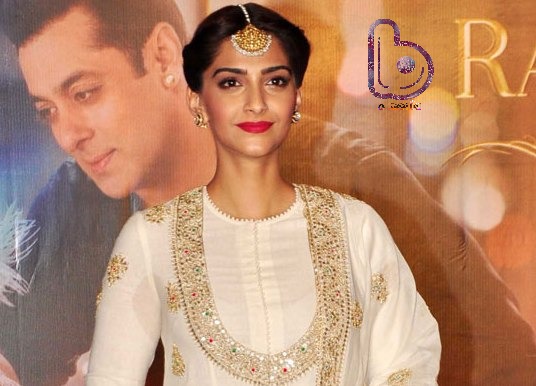 Sonam Kapoor is known for her unique fashion sense. Since Prem Ratan Dhan Payo is a Sooraj Barjatya film, she decided to go traditional for PRDP promotions and she brought her own style statement to it. Here’s some pictures-

This is Sonam wearing Shehla Khan, whose clothes make her feel like a princess!!

Maithili and Prem in Ahmedabad-

In Anju Modi’s Kashish Lehenga for Comedy Nights With Kapil.

So simple yet so beautiful!

That’s what she wore today!

Sonam really rocks the traditional Indian look and brings a freshness to it!