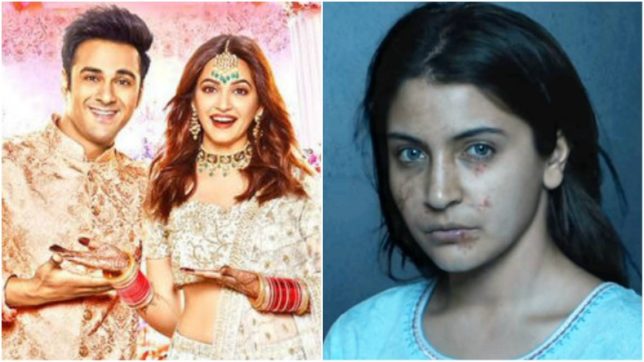 Yesterday, we saw the release of two movies of varied genres. On one side, it was Anushka Sharma’s horror flick Pari while on other it was Pulkit Samrat and Kirti Kharbanda starrer Veerey Ki Wedding. Let’s have a look at how these two movies performed on the first day.

Ansuhka Sharma’s latest horror flick Pari is off to an average opening at the domestic box office. While the expectations were high, the movie managed to earn around 4 crores on its opening day. The numbers are good on any normal Friday but considering that it was a national holiday, the numbers are certainly not up to the mark.

The numbers are slightly higher than Anushka Sharma’s last two production ventures, NH 10 and Phillauri. While Phillauri earned 4.02 crores on its opening day, NH 10 collection 3.35 crores on its first day.

The real problem with Pari starts now as the film has received mixed reviews from critics. Movies like Pari relies on WOM and the same is not very good here. The entertainment value is missing from the film and it will appeal to limited audience in high-end metro cities like Delhi, Pune, Mumbai and Kolkata. Pari has disappointed critics as well and we may see its affect in the coming days. The film needs to show good growth over the weekend which looks a daunting task.

Pulkit Samrat and Kirti Kharbanda starrer Veerey Ki Wedding is a low budget comedy film. The movie was never expected to make it big at the box office. As per the reports coming, it earned around 90 lakhs on its opening day. The reviews are mixed and we are expecting the movie to earn around 3 crores in the first weekend. What are your views on the first day collection of Pari and Veerey Ki Wedding? Share your thoughts with us in the comments section.