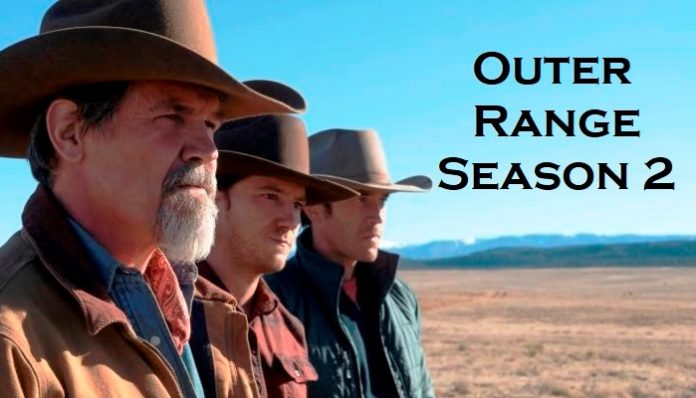 Outer Range Season 2: The first season of the neo-western ended with a lot of burning questions and unsolved mysteries.

Starring Josh Brolin in the lead role, Outer Range is a multi-genre drama mystery neo-western sci-fi thriller television series. Created by Brian Watkins, the 8 episodes series premiered on Prime Video on April 15, 2022, and concluded on May 6. It marks Josh Brolin’s first role in any television series in the last 20 years. The series also stars Imogen Poots, Lili Taylor, Tom Pelphrey, Tamara Podemski, and others in important roles. It’s been just fifteen days since the first season concluded, and fans are already keen to know if there will be Outer Range Season 2. Here’s what we know.

Well, there is no official announcement on Outer Range Season 2 yet. That doesn’t mean that there won’t be a second season. The series just premiered and it is yet too early for the producers to decide if they should go for another season or not. If the streaming figures came out as they expect, then sure, we would get a second season. Besides, the last-moment twist and the fact that the season left behind several burning questions to answer, point out the possibility of the second season.

Apparently, the lead star Imogen Poots stated in an exclusive interview, “Season 2 is up in the air. I think we kind of made this on a whim. We all just thought it was so original, and we all wanted to make it.”

Now, this increases the chance of Outer Range getting a sequel but we can’t say anything for sure, as of now. Guess we just have to wait for a while and hopefully, we’ll get an official announcement soon.

After finalizing everything, the creators took around 12 to 14 months to deliver the first season of the series. If we assume that the show gets renewed in a month or two, we can expect Outer Range Season 2 to arrive around this time in 2023. This is the bare minimum time required to bring the second season unless the makers had already shot a few episodes.

What is Outer Range all about? Plot and Synopsis

The official plot synopsis of the Outer Range reads,

“Royal Abbott is a Wyoming rancher, fighting for his land and family, who discovers a mysterious black void in the pasture, following the arrival of Autumn, a drifter with a connection to Abbott’s ranch. While the Abbott family copes with the disappearance of their daughter-in-law Rebecca, they are pushed further to the brink when a rival family, the Tillersons, try to take over their land.”

Cast and Characters of Outer Range

Here’s a list of the cast members that appeared in the first season. As there is no official word yet, almost all of them ate expected to return for the second season, if it happens.