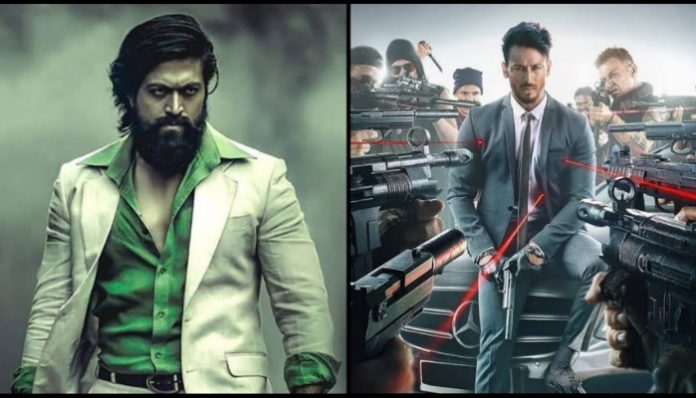 It is going to an exciting weekend for cinema lovers as some good movies are scheduled to release. This month is going to end on a high with KGF Chapter 2 making its digital debut on Amazon Prime Video. Ayushmann Khurrana’s Anek will make its way to theatres and we are quite excited about it. Here’s presenting the list of the top 5 Hindi movies releasing on May 27 in theatres and on OTT platforms.

John Abraham, Jacqueline Fernandez and Rakulpreet Singh’s Attack debuted in theatres on April 3. It tanked at the box office despite being a decent movie. Now, John Abraham starrer will make its digital debut on Zee5. If you are looking for some high octane sleek action sequences and technical thriller, watch this one.

Also See: South Indian Movies releasing on OTT on May 27

The biggest OTT release of the week is Yash’s KGF Chapter 2. Directed by Prasanth Neel, this one is a sequel to the 2018 action drama KGF Chapter 1 released in 2018. KGF Chapter 2 is the biggest blockbuster of the year with a worldwide earning of more than Rs 1200 Crore.

The second chapter of KGF is mounted on a huge scale and is full of Yash’s swaggy moments, high octane action sequences, and impeccable performances from all cast members.

Tiger Shroff, Tara Sutaria and Nawazuddin Siddiqui starrer action thriller Heropanti 2 debuted in theatres on April 29, 2022. It was a box office disaster with earning of around Rs 20 Crore in India. Now, the movie is set to make its digital debut on Amazon Prime Video on May 27, 2022.

Have you check the list of best Hindi web series of 2022:

After OTT releases, let’s have a look at theatrical releases:

After delivering a gem in the form of Article 15, Ayushmann Khuraana and Anubhav Sinha have collaborated for yet another relevant movie. Set in North East India, Anek focuses on an undercover cop on a mission to restore peace in the Northeastern region of India. The movie also stars J.D. Chakravarthy, Andrea Kevichüsa, Manoj Pahwa and Kumud Mishra.

So, which movie is your pick for this weekend? Share your views with us in the comments section.

The Boys to Vikram, Top 6 Movies & TV Shows To Watch On June 5