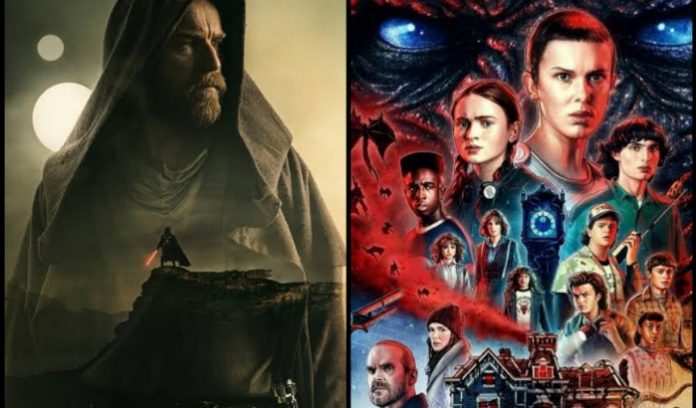 It is going to be a big week as some big OTT releases are lined up. The biggest OTT release of the week is the fourth season of Netflix’s sci-fi horror drama Stranger Things. The fourth season is split into two parts. The first part of seven episodes will drop on May 27.

The next big OTT release of the week is Yash starrer mass action drama movie KGF Chapter 2. The biggest blockbuster of the year will premiere on Amazon Prime Video on May 27. It will release in Hindi, Tamil, Telugu, and Kannada. Hindi movies releasing on May 27, 2022

The next big English release is Ewan McGregor’s Star Wars show Obi-Wan Kenobi. Set ten years after the events of Star Wars: Episode III – Revenge of the Sith (2005), the miniseries will release on Disney+ Hotstar. Another release on Disney+ Hotstar is a Tamil romantic drama movie Kaathu Vaakula Rendu Kaadhal starring Vijay Sethupati, Samantha Ruth, and Nayanthara in lead roles. Next in the line is Bollywood’s sci-fi action thriller Attack starring John Abraham, Jacqueline Fernandez, and Rakulpreet Singh. Attack will be available to stream on Zee5 from May 27.

Here’s a complete look at the series and movies releasing on the OTT platforms this week:

Films Releasing on OTT This Week