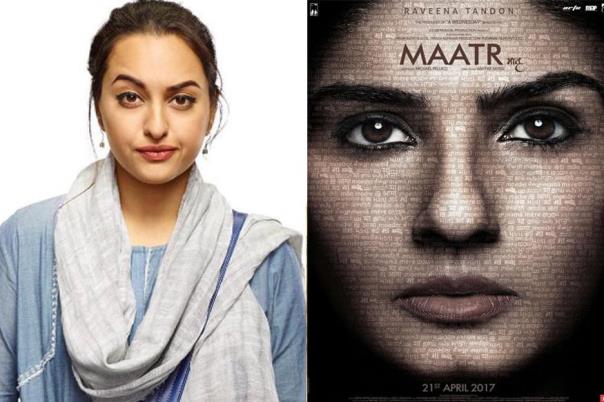 Sonakshi Sinha’s Noor and Raveena Tandon’s Maatr were released yesterday. Let’s have a look at the first day collection of the movies.

As expected, this week Bollywood releases, Noor and Maatr are off to a terrible opening at the box office. Directed by Sunhil Sippy’s and starring Sonakshi Sinha, Noor had a poor opening as it reported around 10% occupancy in the morning shows. On the other hand, Raveena Tandon’s comeback film Maatr was even low with 5% to 10% occupancy throughout the day. Let’s have a detailed look at the first day box office report of Noor and Maatr.

The movie has received poor reviews from critics. The WOM of the general audience is also negative and it seems that the movie will have to struggle in coming days.

Raveena Tandon made a comeback with Ashtar Sayed’s Maatr. Maatr is based on serious issues like molestation and violence against women. Such type of movies always struggle at the box office and same is the case with Maatr. Released without any promotion and buzz, Maatr had a poor opening.

The movie registered around 5% to 10% occupancy on the first day. As per early estimates, Maatr first day collection will be around 0.5 crores. The movie looked promising from the promos and trailer but it failed to impress the critics. With no chances of revival.

With no chances of revival, Noor and Maatr will find it difficult to even survive for one week.