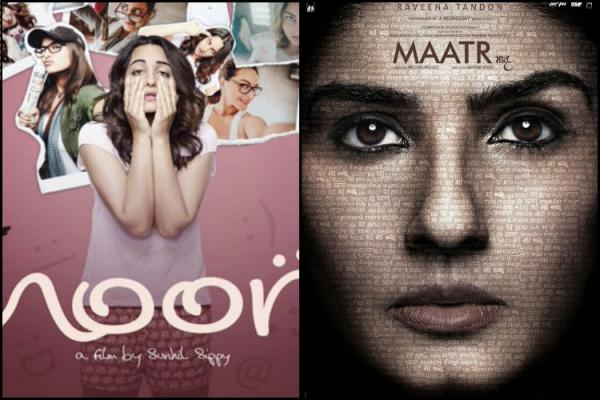 It has been a terrible year for Bollywood so far. Except some big movies released in the first quarter, no film has even managed to cross 40 crores lifetime. The trend will continue this week as well. Another poor weekend awaits as Sonakshi Sinha’s Noor and Raveena Tandon’s Maatr are the two major releases. Both movies are releasing with almost zero pre-release buzz. Let’s have a look at the box office prediction of Noor and Maatr.

Noor is a drama film directed by Sunhil Sippy. It stars Sonakshi Sinha in the lead titular role. It is based on Pakistani author Saba Imtiaz’s novel Karachi, You’re Killing Me! The film revolves around  Pakistani journalist-writer Noor’s love life as she travels through Mumbai. The movie has zero pre-release buzz and it is bound to struggle at the box office.

Considering the above points, we expect Noor to have a below average opening. The first day collection of the movie will be around 2.5 crores. As per our prediction, Noor will be another flop for Sonakshi Sinha with the lifetime collection of around 15 crores.

Maatr is a story of Vidya who is left broken after her daughter Tia’s murder, seeks revenge by fighting the broken justice and criminal system. The movie stars Raveena Tandon, Divya Jagdale and Madhur Mittal. Maatr may appeal to critics and niche audience but it has literally no chance at the box office.