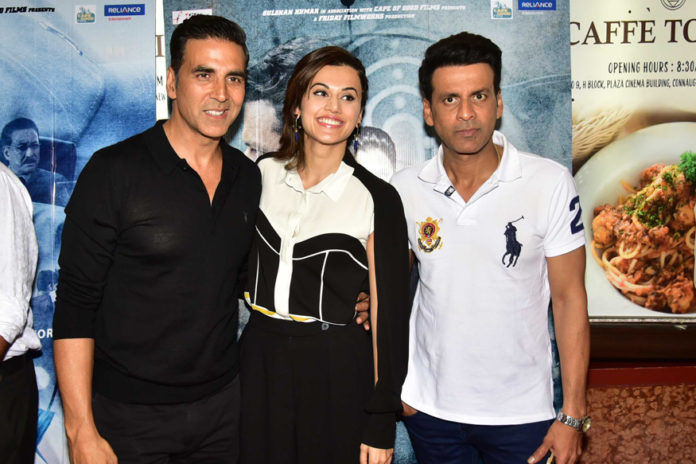 It’s been a mixed year for Bollywood so far as we have witnessed a plethora of flop movies along with some big hits. Talking about the movies released this month, only Badrinath Ki Dulhania managed to make it big from around ten movies released in last four weeks. All eyes are now set on Naam Shabana releasing this Friday. It is an action thriller and a prequel to Akshay Kumar’s Baby released in 2015. Akshay Kumar and Neeraj Pandey are trying something new in Bollywood where a secondary character from an original film been given a central character in its prequel.

Taapsee Pannu has proved her acting skills and maturity over the last two years, especially with Pink which emerged as a major hit of 2016. The actress is playing a titular role and one should hope that she will do a fantastic job in the film. Akshay Kumar cameo is a big boost for Naam Shabana considering the box office performance of his latest movies, Rustom and Airlift.

Naam Shabana has created good pre-release buzz thanks to its gripping trailer and good marketing/promotional strategy followed by the makers for the last two weeks. Prequel factor will give an extra advantage as the previous instalment Baby has gained a good following over the last two years.

Considering all the above points in mind, we are expecting Naam Shabana to earn around 5 crores on its opening day. Anything above it would be a huge bonus for the movie. The budget of the movie is on a lower side and recovering it would not be an issue. It would be interesting to see, how far Naam Shabana would go at the box office. Last year, we saw two women-oriented films, Neerja and Pink managed to earn 76 crores and 68 crores after an average opening at the box office. Naam Shabana looks promising to me. It has a potential to emerge as a big hit at the box office. Our final predictions:

What are your expectations from Naam Shabana? Share your opening day and lifetime collection predictions with us in the comments section.