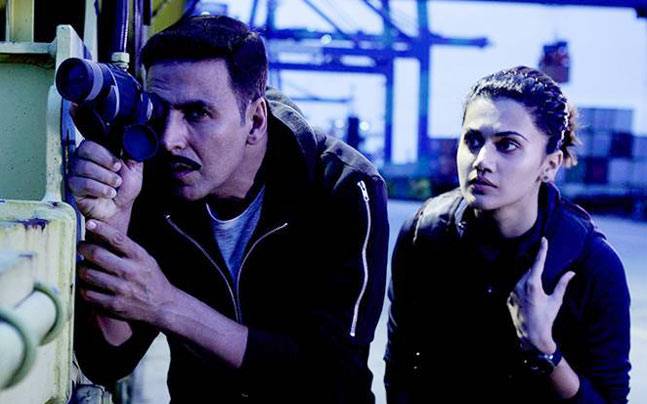 Neeraj Pandey’s Naam Shabana is off to a decent start at the domestic box office. Released on 2100 screens, the movie reported 30% occupancy on the first day. Akshay Kumar’s presence has provided a huge boost to Naam Shabana first day collection and seems to have made a difference of at least 1.5 crores.

Naam Shabana is a prequel to 2015 hit film Baby. Baby in itself was not a big hit which means that there was not enough of a brand value to give a boost to its prequel. Akshay Kumar’s popularity has given a huge boost and now the movie needs to rely on reviews and WOM. The reviews received so far has been mixed and it seems that the movie will struggle after a good first weekend. Naam Shabana is made on a budget of Rs 40 Crores including printing and advertising cost. The movie needs to earn at least 50 crores to be called a hit at the box office. The makers haven’t been able to manage the cost and the movie has recovered only 10 crores through satellite and music rights. Naam Shabana has to rely on box office performance to emerge as a profitable venture for its makers.

What are your views on Naam Shabana 1st day collection? Share your thoughts with us in the comments section.