Netflix is coming with yet another South Korean drama titled My Name. Here’s everything you need to know about it.

Off late South Korean shows have become instant hits on Netflix. Some of the best Korean Dramas streaming on the platform are recently released Squid Game, Kingdom, Stranger, Vincenzo and more. The streaming giant is coming up with yet another South Korean drama titled My Name. On August 11, 2020, Netflix announced in a press statement that it would broadcast another Korean original series Undercover. Well, now the release date and other details are out and fans just can’t keep calm. Here’s everything you need to know about My Name.

My Name Official Release Date Out

The first season of the series consists of eight episodes. On Oct 7, 2021, three episodes out of eight will premiere at 26th Busan International Film Festival in the newly created ‘On Screen’ segment. The series will make its debut on Netflix on Oct 15, 2021. All eight episodes will be released at once. The series is also known by the names Undercover and Nemesis.

you're going to want to keep MY NAME, the new Korean action thriller series starring Han So-hee, on your radar. here's a sneak peek pic.twitter.com/Wj6KMnuH1O

The series revolves around a young lady who joins a gang to avenge her father’s death. She puts her trust in a powerful crime boss — and enters the police force under his direction. Korean thrilling dramas are super exciting and the fans are expecting the same from My Name.

Do we have a trailer or teaser?

Netflix has already released the teaser and trailer and it seems that we are up for some intense thrilling binge watch. Take a look at the teaser video below:

After the teaser video, Netflix recently released the trailer, making us all even more excited for the series. Watch the trailer right here:

Who will star in the ‘My Name’ Korean Series?

Here’s the list of cast members starring in the first season of the series:

My Name is directed by Kim Jin-min who is best known for K-dramas “Pride and Prejudice”, “Lawless Lawyer” and “Extracurricular”. The director recently said he wanted to go back to his action roots with his new Netflix show “My Name”. It is Kim Jin-min’s second collaboration with Netflix after “Extracurricular”. 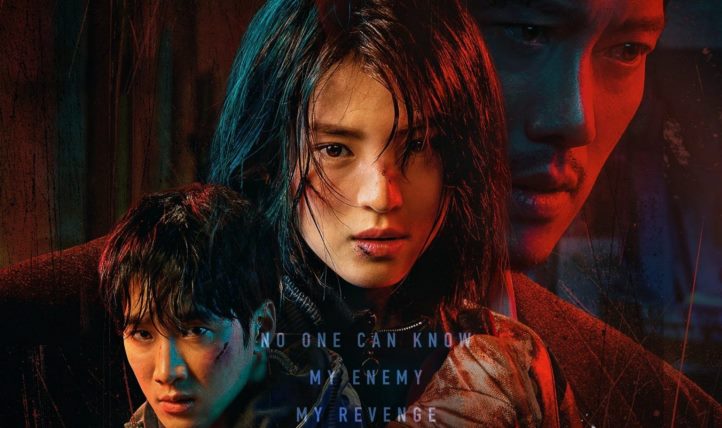 In recent times, Netflix has seen great success with Korean shows. The streamer would be hoping for the same with My Name. The plot looks intriguing and it seems that Netflix has a winner in its hands.

If you’ve been looking for a new action-thriller series to binge-watch, this show looks the best bet now. My Name starts streaming on Netflix on Oct 15, 2021. Stay tuned and follow us for more updates on new shows, movies and more.

If you love Korean drama you can watch Sweet Home, Awaken, The Guest, Kingdom, Signal, Strangers from Hell on Netflix.

My Liberation Notes to Our Blues, K-Dramas Debuting on Netflix on April 9

‘Pachinko’ to ‘Tomorrow’: New Korean Shows To Watch In March 2022