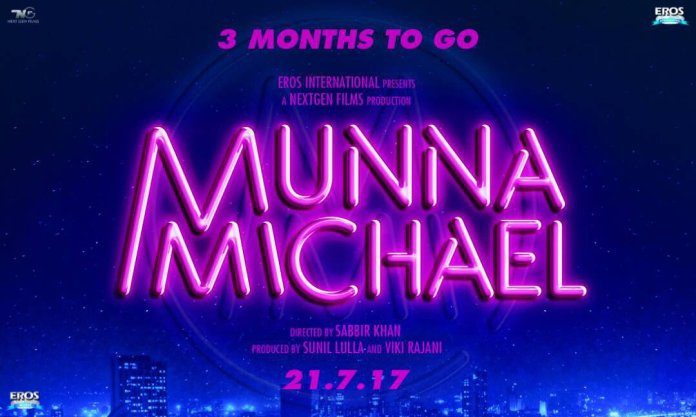 Tiger Shroff’s upcoming movie Munna Michael has been postponed. The movie was earlier slated to release on 7 July 2017, will now release on 21 July 2017.

Munna Michael is directed by Sabbir Khan and is produced by Viki Rajai. This movie will be the third collaboration between Sabbir Khan and Tiger Shroff after Heropanti and Baaghi.

The schedule of July releases has changed now. Sridevi’s MOM which was earlier slated for release on 14 July 2017 has now been preponed to 7 July 2017. It means that Salman Khan’s Tubelight has three full weeks now. It is releasing on 23 June 2017 and will dominate till 14 July. On 14th July, it will be a three-way clash between Jagga Jasoos, Chef and Haseena.