Corona pandemic is severely affecting the film industry. It has emerged as a huge threat for multiplex and cinema halls owners. Cinema halls across the country shut down and the filmmakers are opting for direct digital release. After Gulabo Sitabo and Shakuntala Devi, Kriti Sanon starer Mimi will not release in theatres. The makers have opted for direct digital release.

As per the reports coming, Kriti Sanon starrer will have its digital premiere on JioCinema in July 2020. Directed by Laxman Utekar and produced by Dinesh Vijan, the film also stars Pankaj Tripathi and Sai Tamhankar. Mimi features Kriti Sanon in the lead role of a surrogate mother, is an official remake of National Award-winning 2011 Marathi film Mala Aai Vhhaychy!

The movie is scheduled for theatrical release in July 2020. However, with no chances of cinema halls to open anytime soon, the makers have decided to go for direct digital release. The makers would soon announce the official digital release date.

27 July 2020 update: Kriti Sanon’s Mimi release to be pushed, makers yet to shoot some part 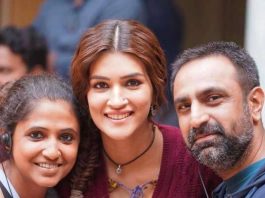 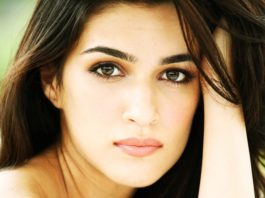