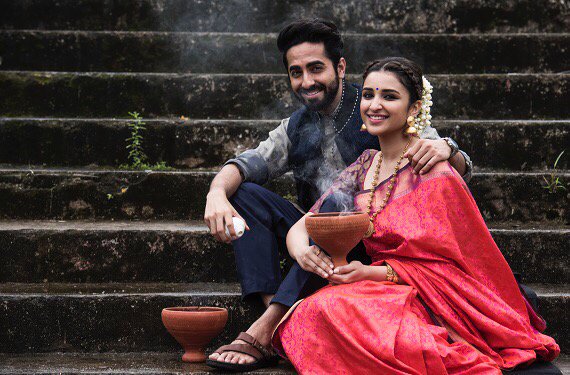 As expected, Parineeti Chopra and Ayushmann Khurrana starrer Mari Pyaari Bindu is off to a poor opening at the domestic box office. The movie had a poor start in the morning shows with around 10% occupancy. It failed to witness significant growth in the evening and night shows and finished the first day on a poor note.

Released on 750 screens, the movie reported around 20% occupancy on the first day. This kind of low start was always expected as the movie had zero pre-release buzz. Moreover, the audience is still gripped by Bahubali mania. Meri Pyaari Bindu is primitively targeted to the multiplex audience but it seems that it fails to attract the audience.

Meri Pyaari Bindu is a sort of comeback for Parineeti Chopra and Ayushmann Khurrana. Parineeti’s last film, Kill Dil released in 2014 was a box office failure. Ayushmnn Khurana is yet to find a space as most of his films have been box office failures.

Meri Pyaari Bindu earned only 1.75 crores on its first day. This is a really poor start for a movie released on 750 screens.

Made on a budget of 22 crores, the movie needs to earn 30 crores to be called a hit at the box office. The producers of the movie have claimed that hey have recovered around 10 crores through music, satellite, overseas and digital rights.