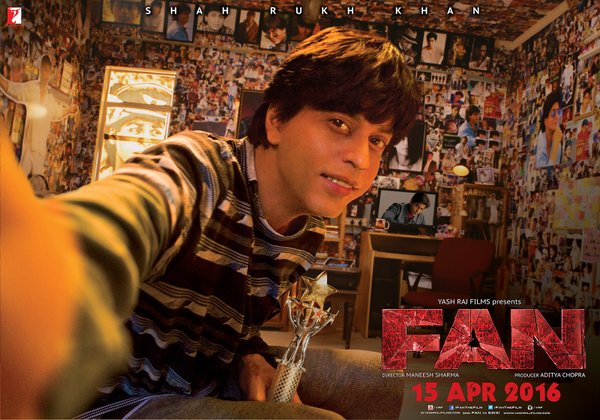 The second teaser of ‘FAN’ which was released a couple of days back featured SRK himself as his biggest fan. After the grand success of the teaser which has already crossed 3 million views on YouTube, the makers has now released the first poster of the movie.

SRK already had millions of fans worldwide and one thing is sure that after ‘Fan’ his fan following will only multiply. Now, we are waiting for the official trailer of the movie which is most likely to be out in January 2016.
Directed by Maneesh Sharma, ‘Fan‘ will release on 15 April 2016.