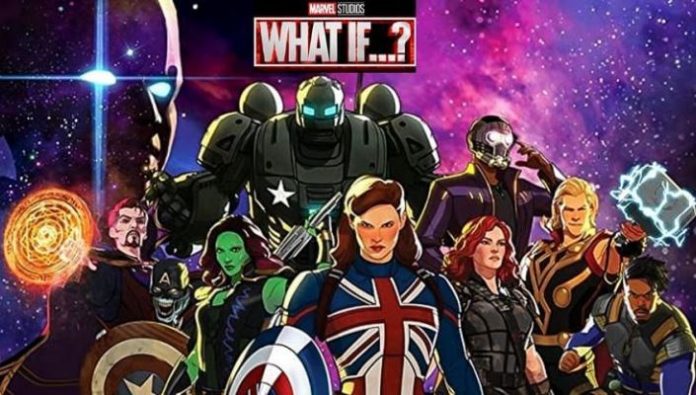 What If…? Season 1: Release schedule, episode count, cast, characters, everything you need to know about Marvel’s first animated series What If…?

Marvel Studios ‘What If…?’ is all set to premiere on Disney Plus on Aug 11, 2021. As you already know, it is based on the Marvel comics of the same name. This is the fourth miniseries in MCU’s phase 4, followed by WandaVision, The Falcon and the Winter Soldier, and Loki. It also serves as MCU’s first animated series. Back in 2018, the MCU announced ‘What If…?’ along with several other miniseries for Disney Plus. After the super success of WandaVision and Loki, fans have huge expectations from Marvel’s animated series.

The wait is almost over. Marvel Studios is all set to hit the screens with a new miniseries. This August, dare to ponder the question… “What If…?”

For a couple of years, fans are engaged well in coming up with the What if ideas that they’d like to see in the series. This time, the MCU has completely overturned the scripts. Based on the previous movies, it has highlighted the major incidents and shown them in unexpected ways. This animation will follow and answer those influential ‘What If…?’ conditions. So just go through the article for all the relevant details that you must know before watching this miniseries.

What If…? Release Schedule and Episode Count

The fourth web television series of the MCU’s Phase 4 will premiere on Aug 11, 2021, on Disney Plus. The first season of ‘What If…?’ comprises 10 episodes in total, making it the longest Marvel miniseries for Disney Plus. All episodes will be available worldwide to stream officially on Disney Plus. Here’s an episode-wise release schedule:

The Multiversal Plot of ‘What If…?’

This time, the Marvel Cinematic Universe is opening the timeline of endless possibilities. From the beginning (Iron Man) to the end (Avengers: Endgame), the series follows every essential aspect of Phase 1 to 3. A whole new world originates where you have to deal with diverse unexpected circumstances. It can’t be more interesting for fans to see events that would have occurred conversely. This new multiversal world is controlled by The Watcher. Jeffrey Wright, a renowned American actor, gives his voice. All of this multiverse thing is an outcome of Sylvie’s action in the LOKI series (If you know, you know).

You already know the plot if you have watched the trailer. If not, you can read it all here. In that jaw-dropping piece, Uatu aka The Watcher clearly mentions, “I observe all that transpires here. But I do not, cannot, will not interfere.” Hence, the name. There’ll be numerous major changes in the scripts with numerous What Ifs taking place. What If Killmonger saves Tony Stark at the bomb incident that we saw in the Iron Man movie? And What If Peggy Carter plays Captain America as Captain Carter? What If Black Panther plays Star-Lord!? And What If Captain America and Iron Man become Zombies!?

Marvel’s ‘What If…?’ First Look and Trailer

As we mentioned earlier, Marvel Studios officially announced the series in September 2018. It signed a contract with Disney Plus. That was to produce various miniseries based on the MCU characters that didn’t get their own film. ‘What If..?’ is quite different, though. Anyways, Marvel dropped the first exclusive look of the miniseries on December 11, 2020. If you haven’t watched it yet, then do it now by playing the above video. And it took months for them to release an official teaser/trailer. The feature-length spine-chiller trailer was released lately on July 8, 2021. In case you missed out, we have it below for you.

As this is an animated series, there’ll be no live-action. Almost all the stars who played roles in MCU movies before are reprising their role as voice-over artists. Except for a few, all of our favourite actors will be giving voices to their respective characters. Below, we have compiled the list of those confirmed to appear in the miniseries. Uatu aka The Watcher is not mentioned as we already told you that Jeffrey Wright will be voicing him.

Apart from these, Tony Stark, Captain America, Dr Strange, Captain Marvel, and The Collector will also appear. However, these characters will not be voiced by the stars who portrayed them in the movies. In the same way, Spider-Man, Vision, Ultron, Black Widow, Gamora, Drax, Scarlet Witch, Ramonda, the Dora Milaje, Shuri, and the Ancient One, Ego will also appear in the series.

Are you excited about Marvel’s new miniseries What If…? Share your views with us in the comments section.