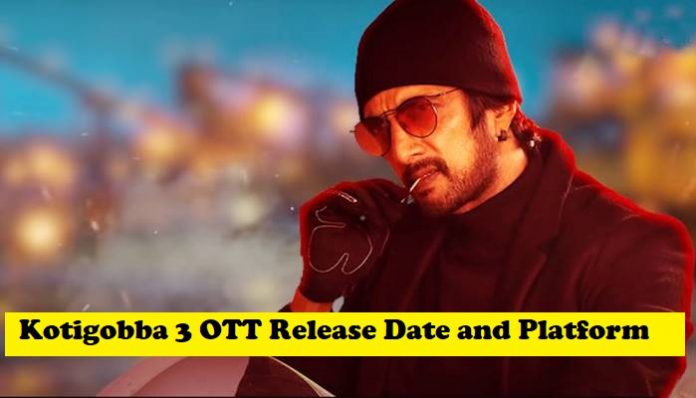 Sudeep starrer will digitally premiere on Amazon Prime Video on Nov 23, 2021. This is around 40 days after its theatrical release on Oct 15, 2021. The movie will release in Kannada with subtitles in English and Hindi. Meanwhile, there is no info about the Telugu version OTT release.

The movie is part of the hit franchise Kotigobba. It is a stand-alone sequel to the 2016 movie Kotigobba 2, with Sudeep and Ravi Shankar reprising their roles. The movie also stars Madonna Sebastian, Shraddha Das, P. Ravi Shankar, Aftab Shivdasani, Abhirami and Nawab Shah among others.

Directed and written by Shiva Karthik, Kotigobba 3 is a commercial action entertainer starring Sudeep as a con-man who cheats big shots and donates the money to the poor. The movie revolves around a cat and mouse game between Interpol, Police and a villain, all of them looking to nab Sudeep. K-3 is a racy action entertainer with an array of characters to entertain the audience with a full dose of comedy, twists, and turns. Read about the movie’s plot on IMDb.

Kotigobba 3 will exclusively stream on Amazon Prime Video. We recommend you to get its subscription.