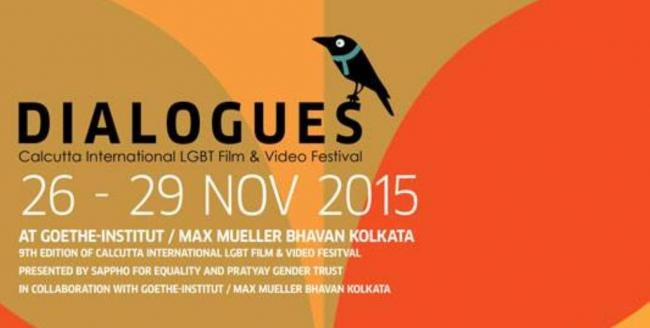 Kolkata, fresh out of the Kolkata International Film Festival held last year, concluded its annual LGBT film festival, “Dialogues”, held every year since 2007 and sponsored by the Germany-based Goethe-Institut, Sappho for Equality, and Pratyay Gender Trust. The event took place between in November 2015, and featured more than thirty films from India and abroad. As one of the only forms of LGBT celebration in the country, it’s a festival that carries a lot of support from the LGBT community.

The Oldest LGBT Festival in India
According to its organizers, Dialogues is the oldest LGBT film festival in the country, bringing together actors, screenwriters, and directors interested in transsexual, gay, and lesbian themes. In a statement issued by Sappho for Equality, a representative stated: “the festival focuses on showcasing feature films, shorts, and videos from national and international filmmakers, typically highlighting feature films of interest to the LGBT community, and simultaneously providing a much-needed venue for independent films and videos from India and abroad on these themes.”

“The festival will include films from around the country and abroad,” the media statement continued. “Special mention should be made of specially curated packages from the Dresden Film Festival and Berlin Film Festival.”

The LGBT Movement in India
According to South Asia Citizens Web, Sappho derived its name from a legendary character in ancient Greek history – a lyrical poet, born on the island of Lesbos. Her poetry centred on lust, love and passion for people regardless of their sex, while her name and birthplace became the origin for the words Sapphic and lesbian, according to Douglas Harper’s etymological resource, etymonline.com.

The organization, founded in 1999, is committed to creating a safe space for women with a same-sex preference, specifically within India.

In a media interview, the founder of Pratyay Gender Trust, another organizer for the event, stated: “Kolkata is a city is full of cinema-lovers. There is immense passion for films in general, but when it comes to movies on LGBT, there is little scope. Our objective is to sensitize the public and invite them to have discussions on the topic. The people who are coming from abroad and other states will unite here and make a creative space, where issues will be raised and ideas exchanged.”

According to its Facebook page, the Pratyay Gender Trust is “a sexuality rights initiative that was started in 1997-98 by members of Calcutta’s kothi, hijda and other gender non-conforming/ transgender women who remain excluded from the mainstay of broad human rights movements.”

Movies To Be Screened
Among the films to be screened is the newly released Qissa by Anup Sharma, which has received critical acclaim and has been featured at many other film festivals globally. Mosquita y Mari by Spaniard Aurora Guerrero, Plan B by Argentinian director Marco Berger, and Appropriate Behavior by Iranian-American director Desiree Akhavan are some of the 37 foreign films the festival plans to show. For more entertainment news, continue checking out Divya Bhaskar.