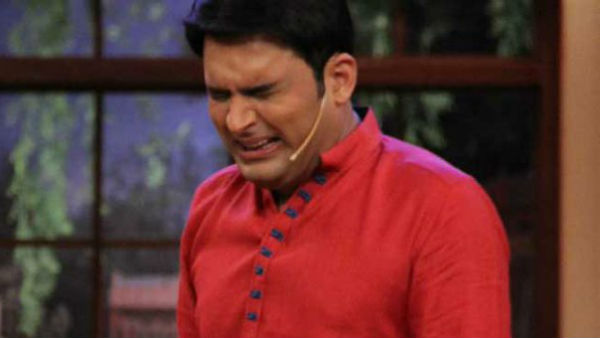 The ugly episode between Kapil Sharma and Sunil Grover is far from getting over. Yesterday only, we reported you how Sunil Grover replied to Kapil’s apology and won our hearts with a hard hitting response. Well, the case has now taken a new turn as Sunil Grover and Chandan Prabhakar has refused to return to the show.

The recent reports suggest that Kapil Sharma broke down on the sets after Sunil Grover and Chandan Prabhakar refused to comeback for the shoot! As per the reports in a leading daily, Sunil and Chandan have decided to quit the show. They are in no mood to forgive Kapil even after his public apology on Twitter.

As per the reports, ‘Naam Shabana’ stars Manoj Bajpayee and Taapsee Pannu visited ‘The Kapil Sharma Show’ to promote their upcoming movie. Both Sunil Grover and Chandan Prabhakar were absent which clearly signifies that the two have left the show. Sources have revealed that Kapil tried calling Sunil & Chandan but it went unanswerable. Sony team then ask Sidhu to intervene and solve the issue. But everything went in vain as Sunil and Chandan refused to come back.

Set back by Sunil and Chandan’s refusal, Kapil broke down on set in front of Manoj Bajpayee. The episode will be aired this weekend and it will be interesting to see what’s in the store?

Stay tuned for all the latest developments on the Kapil-Sunil episode!