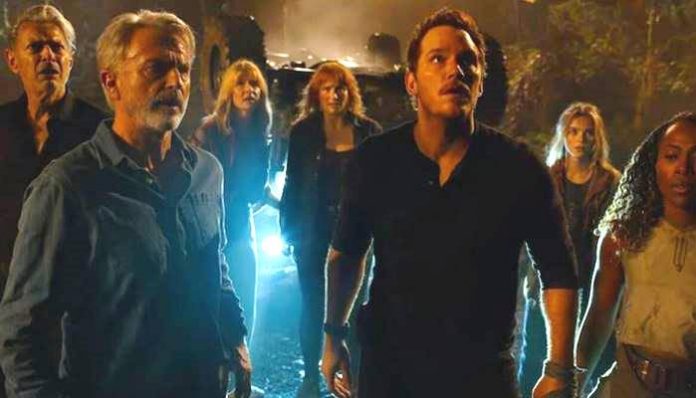 The dinosaurs are about to hit the theatres. Before you go, here are some things to prepare you for the Epic Conclusion of the Jurassic Era.

Helmed by Colin Trevorrow, Jurassic Park Dominion is a sci-fi adventure movie. It serves as a direct sequel to the 2018 movie, Jurassic World: Fallen Kingdom and is the sixth installment in the entire Jurassic franchise. It stars several prominent actors such as Chris Pratt, Bryce Dallas Howard, BD Wong, and guess what, the adventurous trio from the Jurassic Park trilogy! Yes, Sam Neil, Laura Dern, and Jeff Goldblum will be reprising their respective roles. Although it’s been said that the film will conclude the Jurassic saga, Frank Marshall (the producer) stated in a recent interview that Dominion will be the beginning of a “new era”. So hopefully, there will be more sequels in the future. Here’s everything you need to know about the movie before it makes it to the theatres.

The plans for the film were very much alive even before the first film in the trilogy was released. Filming began in February 2020 and was halted in March due to the Covid-19 pandemic. Production resumed in July and got concluded in November 2020.

After several delays, Jurassic Park Dominion is now set to release on June 10, 2022, in the US. It has already made its box office debut in 59 territories including Mexico and South Korea. In case, you’ve missed the Official Trailer of Jurassic World Dominion, we have it right here for you.

What will be the plot of Jurassic World Dominion?

The official plot synopsis for the film reads:

“Dominion takes place four years after Isla Nublar has been destroyed. Dinosaurs now live—and hunt—alongside humans all over the world. This fragile balance will reshape the future and determine, once and for all, whether human beings are to remain the apex predators on a planet they now share with history’s most fearsome creatures.”

It’s gonna be even more adventurous and thrilling this time as now you’ll witness a world where the dinosaurs live among the humans. As the director said at the CinemaCon, “The movie will ask the question, ‘If dinosaurs lived amongst us, would you be safe?’ And the answer is no.” Whether they will live along with the dinosaurs and survive or eliminate their entire species, is yet to be seen. What we know for sure is that the film is going to chill out our bones for sure.

The sixth Jurassic movie marks the return of original Jurassic Park actors Laura Dern, Sam Neil, and Jeff Goldblum, who last appeared together in the 1993 movie. Here’s a look at the cast members:

So, are you excited to watch Jurrasic World Dominion? Share your views with us in the comments section.