Juhi has given some big blockbuster hits like “Darr“, “Yes Boss” pairing up with Shahrukh Khan. Her pairing with King Khan proved to be a brilliant chemistry and loved and acclaimed by the audiences. The duo were so much appreciated by the audience that they even featured later in a movie “Phir Bhi Dil Hai Hindustani” and “Paheli” which didn’t work out for them and the fans as well, however, the latter got some acclamation from critics.

We have recently seen the rejuvenation of romance of Shahrukh and Kajol in the last years blockbuster “Dilwale“. The audience may also be willing to relive the Shahrukh-Juhi pair in near future. As reported, in an interview Juhi was asked about her pairing up with SRK to which she neatly replied:

“Next time you interview Shah Rukh, why don’t you ask him this? If I have my way, I would work with him this year. It is about finding that script and that maker, who will say ‘Okay let me put you both together’. But I would love to work with him again.” : PTI

Also read: Kajol opens up about Shahrukh Khan, Dilwale and her next film

Juhi Chawla who was also seen on Big Boss 9 last week promoting her upcoming film “Chalk N Duster” confronted that she hasn’t watched Dilwale and is not even planning to because she hasn’t heard anything good about the movie.

“I haven’t heard many good things about the film. So, I thought of skipping… It is okay. Even if I don’t watch, it wouldn’t matter.”

Juhi has one of the most impromptu and humour filled actors who once had captured the film industry with her acting and blissful eyes. We have to wait to see her role in her upcoming “Chalk N Duster” and only anticipate eagerly to see her chemistry with any of the Khans as she is willing to work with the Khans. 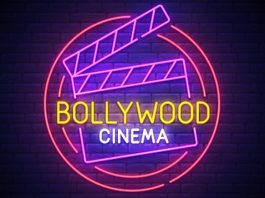 Interesting Facts of Bollywood You Must Know