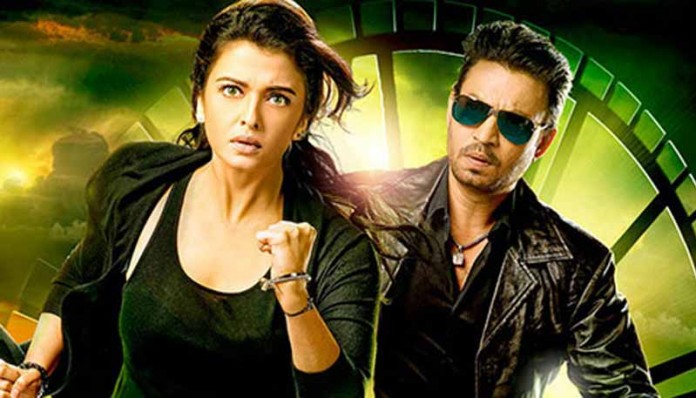 After an average opening day with the collection of 4.23 crores, Aishwarya Rai and Irrfan Khan starer Jazbaa showed a decent growth on Saturday and Sunday. On Saturday, the movie grows by around 20% to collect 5.49 crores. On its 3rd day, the movie further showed decent growth and collected around 5.52 Crores

The first weekend Box Office collection of Jazbaa is higher than some big releases like All Is Well (11.65 crores), Mr. X (13.99 crores) , Detective Byomkesh Bakshy (14.06 crores), NH10 (13.3 crores) and Shamitabh (13.25 crores).
The first weekend Box Office collection of Jazbaa is also higher than Aishwarya Rai’s last two releases Action Replayy and Guzaarish.
Good reviews from critics and positive WOM from public seems to be the only savior for the movie. Frankly speaking, I was expecting much more from Jazbaa as far as Box Office collections are concerned. The pre-release hype and buzz was good and after positive reviews, I was expecting an opening weekend of around 20 crores.
The occupancy was low throughout the weekend in most parts of the country. The movie is performing well in Mumbai and Maharashtra circuits only. All the other circuits remained low.
The movie is facing stiff competition from Singh is Bling, Talvar on single screens and multiplexes respectively.

It would be interesting to see how the movie performs from Monday. Jazbaa is made on a constraint budget of 31 crores including the promotion and advertising cost. It won’t be difficult for the movie to recover its budget but what remains to be seen is how much money will it mint at the Box Office.