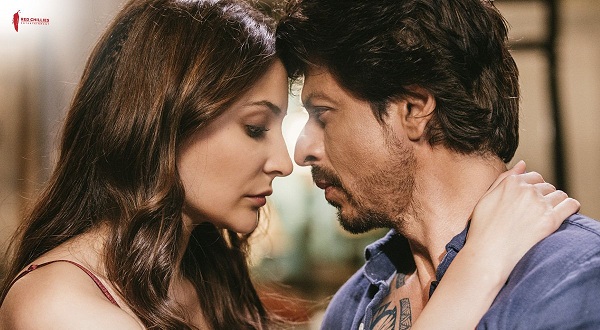 Jab Harry Met Sejal 2nd day box office collection: After a decent opening day with the collection of 15.25 crores, Shah Rukh Khan and Anushka Sharma starrer Jab Harry Met Sejal has taken an average start on Saturday. As per the reports coming, the movie recorded 35% occupancy in the morning shows, which is same as yesterday. Once again, the multiplexes in the big metro cities like Mumbai, Delhi, Pune are the best performing circuits. Let’s have a look at Jab Harry Met Sejal day 2 collection and occupancy report:

Morning Shows:
As per the reports coming, the movie recorded 35% occupancy in the morning shows, which is same as yesterday. Despite mixed reviews, the audience is coming to theatres in good numbers. The urban-centric theme of the movie is appealing to the youth of high-end metros cities like Delhi, Mumbai, Pune, Gurgaon, Kolkata and Bangalore. Noon Shows:
The movie remained flat in the noon shows. Once again, the mass centres are on the lower side. Negative reviews and mixed word of mouth have started affecting the film as it fails to show required growth. It is going on the same lines as yesterday. It has been an average day so far it needs to show good growth in the evening and night shows.

The movie was released yesterday and it took a decent start. With the collection of 15.25 crores, Jab Harry Met Sejal recorded the fourth highest opening of 2017. For Shah Rukh Khan, it is the seventh highest opening after Happy New Year, Chennai Express, Ra.One, FAN and Raees.

Overall, the movie has dropped by around 10% compared to the opening day. This is a clear indication that the audience has rejected the movie and it will surrender on Tuesday. The trend is same as Shah Rukh Khan’s last flop film FAN. As per early estimates, Jab Harry Met Sejal second day box office collection will be around 14.5 crores. The total collection of the movie after two days is around 30 crores. These numbers are way below than expectations. Next Friday, Akshay Kumar’s Toilet: Ek Prem Katha is releasing and hence it is important for JHMS to earn as much as possible in the first week itself.

The budget and distribution costs are on the higher side. The total budget of the movie including the P&A cost is around 80 crores. To remain in the game, JHMS needs to cross at least 55 crores mark in the first weekend itself. It can then take the advantage of Rakshabandhan holiday.

Note: The official numbers will be updated at 11:00 am. What are your views on Jab Harry Met Sejal 2nd day collection? Share your thoughts with us in the comments section.