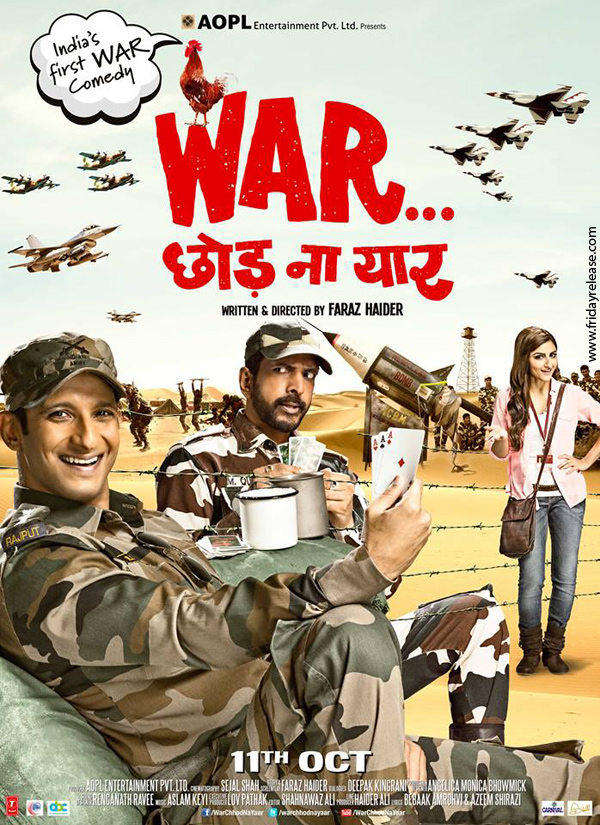 This week Bollywood is coming up with full laughter package (Baat Ban Gayi and War Chhod Na Yaar) and a social thriller  Dilli Gang which is based on true incidents.

The movie is produced by AOPL Entertainment Pvt Ltd, which is known for producing movies in Malayalam and is now entering in Bollywood with War Chhod Na Yaar.

The movie depicts the conditions of two countries engaged in a war in a satirical way.

The movie is based on William Shakespeare‘s famous comic play Comedy Of Errors in which characters having same look alikes created humour and confusion similarly Gulshan Grover and Ali Fazal are also playing double roles in this film.

It is based on the true incidents based on thefts and murders of old aged men and women which frequently happens in Delhi.

So, the week will be dominated by comedy and as Ranbir Kapoor’s Besharam has performed poorly at the Box Office, these smaller films have got an increase in screen counts.

What will be your take?

Plz tell us by showering your comments.