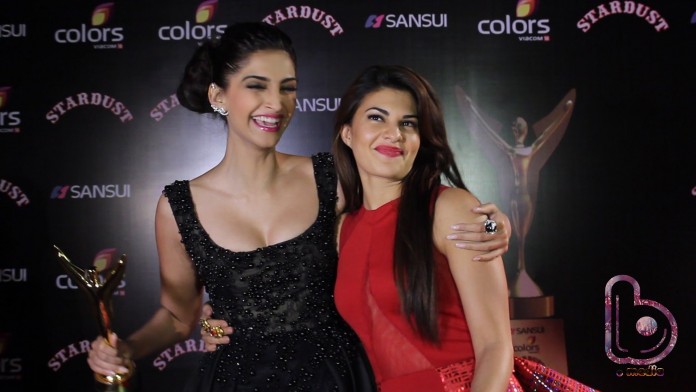 It’s a well known fact that Sonam Kapoor & Jacqueline Fernandez have been best friends for quite some time now. While Jacqueline has went on to say that Sonam is the best dressed woman in Bollywood and is a style icon for her, Sonam thanked her and said that Jacqueline is her ‘best friend’ and a complete sweetheart. Isn’t that sweet? Here’s some pictures posted by them on Instagram which prove that they are actually really close!

In the caption Sonam says ‘Missing my Jack’ and thanks her for being the positive influence that she is!

They have always got each other’s back!

Jacqueline could not be with Sonam on her birthday, so she posted this pic to show her love for ‘Sone Sones’ (that’s what she calls Sonam!)

Coz best friends don’t need a reason to take selfies!!

They even party together and with the same people!

Besties sharing their award moments together!

They sure know how to party! Just another day out with their girls!

It’s Jacqueline’s birthday and Sonam does the same for her!

Aren’t they the best of buddies?